Thursday started off very wet windy but it cleared later in the day and so I went for an afternoon stroll along the stream in Stoford. Instead of taking my usual route heading northward into Yeo Valley I decided to head south through the riparian woodland along the stream. I saw a Kingfisher from the bridge along the lane towards the railway station. 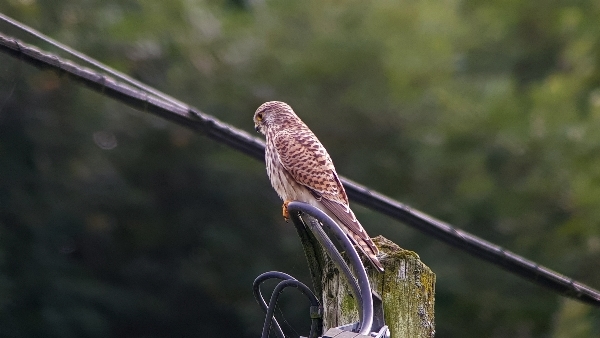 As I began my walk through the woods a Green Woodpecker screamed its staccato alarm call and landed in a tree to my left, it had flown up from the meadow disturbed perhaps by a dog walker. I set up my scope for a picture and the bird flew off as soon as I got my phone out of my pocket!

I saw no other birds until I emerged from the wood ¼ mile later, nothing was moving at all. As I entered the meadow above the woodland on my return route, a Great Spotted Woodpecker flew over me and landed in the hedgerow some distance away, it called constantly but I couldn’t see it. 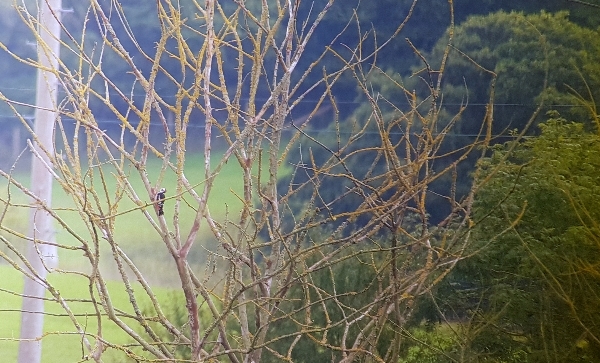 Then a flash of yellow caught my eye, it was a Clouded Yellow Butterfly, wow! I didn’t expect to see that. Then a second one turned up and landed on the track ahead of me. Once again I set up the scope to take a picture using my mobile phone but the butterfly flew off. At one stage it landed briefly on a sprig of ragwort.

As I watched the flower head a Small Copper landed and spooked the Clouded Yellow. A couple of hoverflies were also feeding on the ragwort, I identified the smaller one, I love this name: Syrphus vitripennis, it is one of the most common hoverflies in the UK. 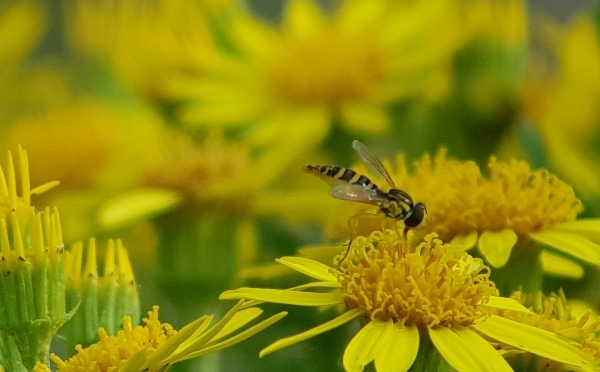 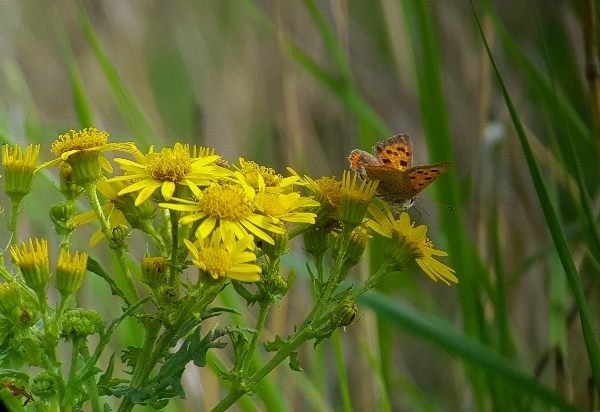 A flock of four Goldfinches flew over and I saw the usual corvids, pigeons and a few Barn Swallows. I got a very distant view of the Gt, Sp. Woodpecker from the far side of the meadow as I left for home.

A Green woodpecker flew up from the grass as I approached the meadow, it landed out of sight but I guessed it landed on a telegraph pole. I peeked around the edge and…..oops! it saw me and off it went from its perch on the pole! Doh! What a great stalker I am…..not! 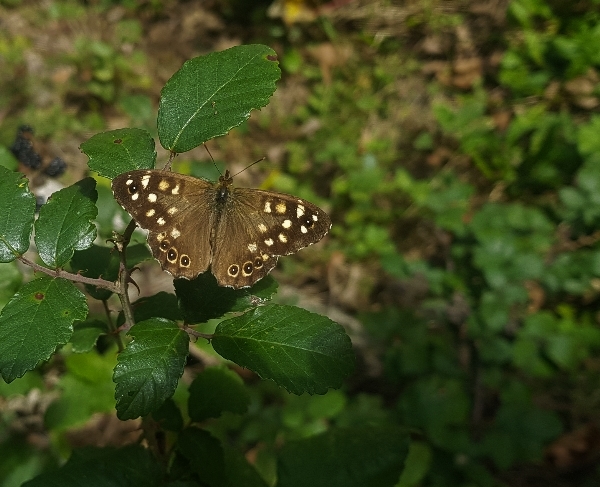 Anyway, it was butterflies that I was after and within minutes I spotted my target the Clouded Yellow Butterfly, then another appeared and then another. This time they were settling on dandelion flowers and I got my pictures. One of them flew down into the grass and interacted with a third butterfly sitting on a leaf. I stalked this one and got my pictures of it, ha! 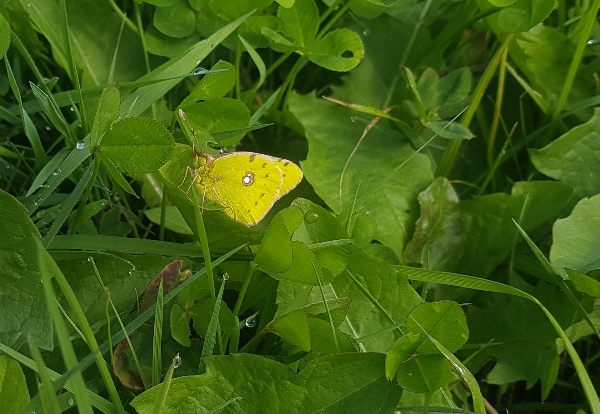 Clouded Yellow - it is much more colourful with its wings open but it never settles like that, always closed

I saw four of them flying together at one stage and as I walked back I saw another two so it could have been six on the wing!!! Perhaps a little breeding colony? This is a migrant species from the continent and not common at all, some years they are very rarely seen in the UK.

When I got back home Fez 2 was waiting in the garden for his afternoon feed, he is now taking seed from my hand as he was before I went away for the summer. 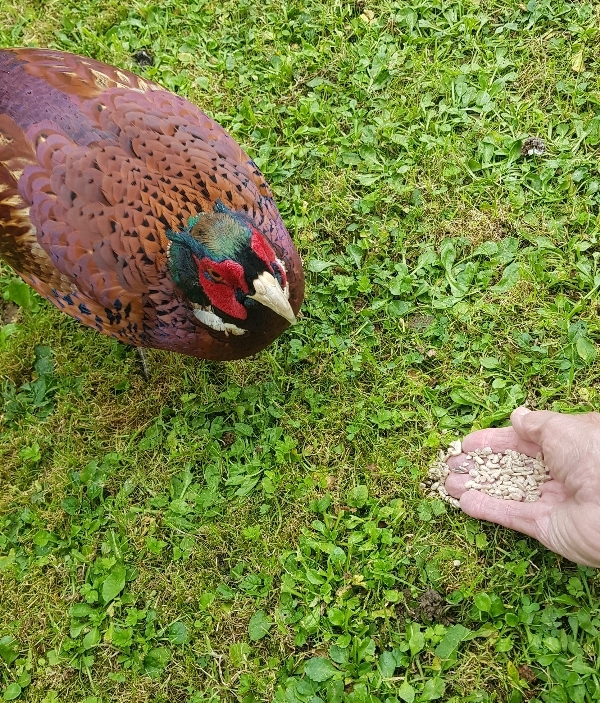 Fez 2 in my garden 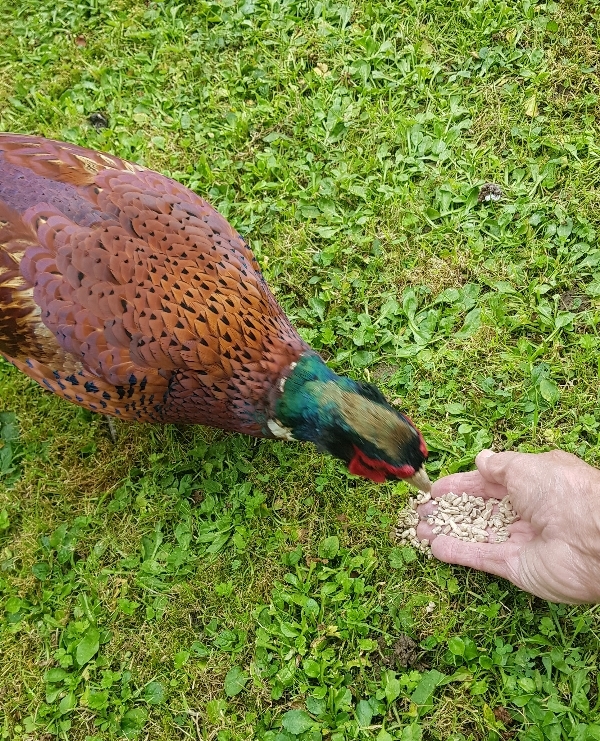