An uncomfortable approach and landing in New York was the precursor to an awful drive to New Haven, it should have taken 80 minutes but the very slow moving traffic doubled the drive time. The wet and windy conditions prevailed late into the night.

What an amazing transformation, it was absolutely gorgeous today.  We had Gray Squirrels outside our windows and an American Robin sang to us at dawn. 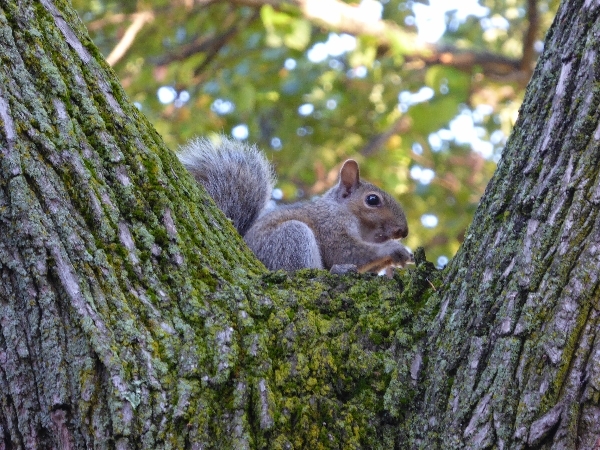 Dawn and I were taken by Dawn's daughter, Sophie,  for a long walk to a local beauty spot called East Rock. We spent  2 hours getting there making many stops to watch the local wildlife. Our route took us along the banks of The River Mill where saw Belted Kingfishers, Mallards, Canada Geese, Blue Jays and lots of Common Grackles. Also lots of chipmonks, a few White-tailed Deer, both Turkey and Black Vultures, a Goshawk and an unidentified hawk. 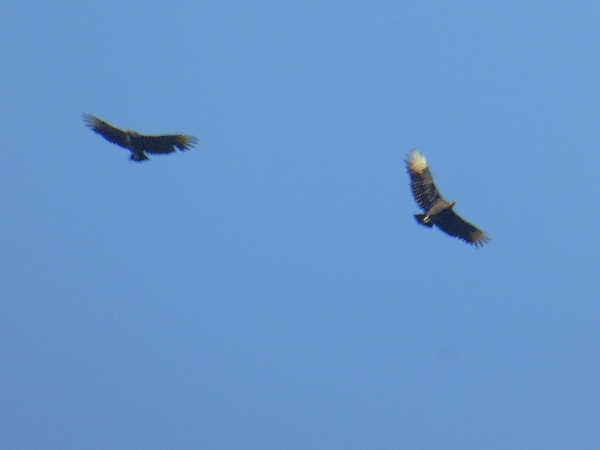 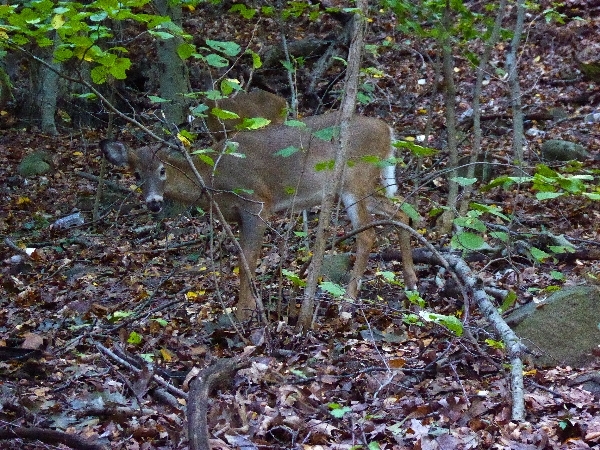 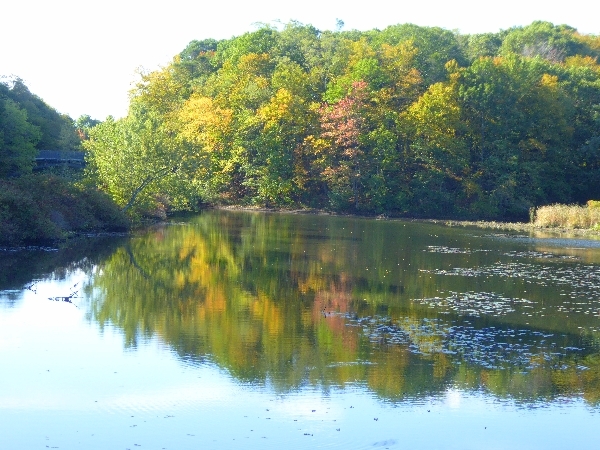 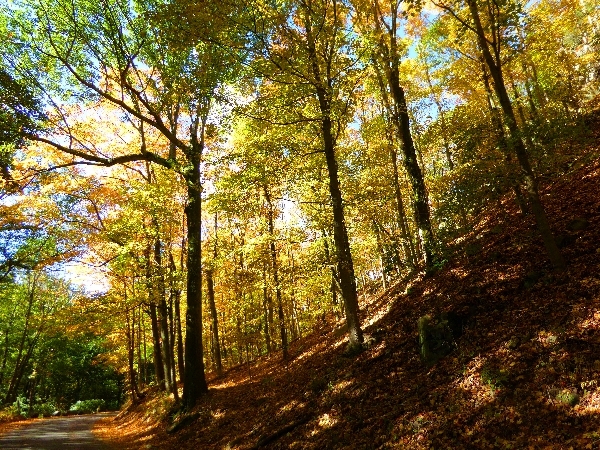 The view over New Haven from the summit of East Rock was terrific, Sophie pointed out all the significant buildings on the Yale University campus and that is where we spent the rest of the day. 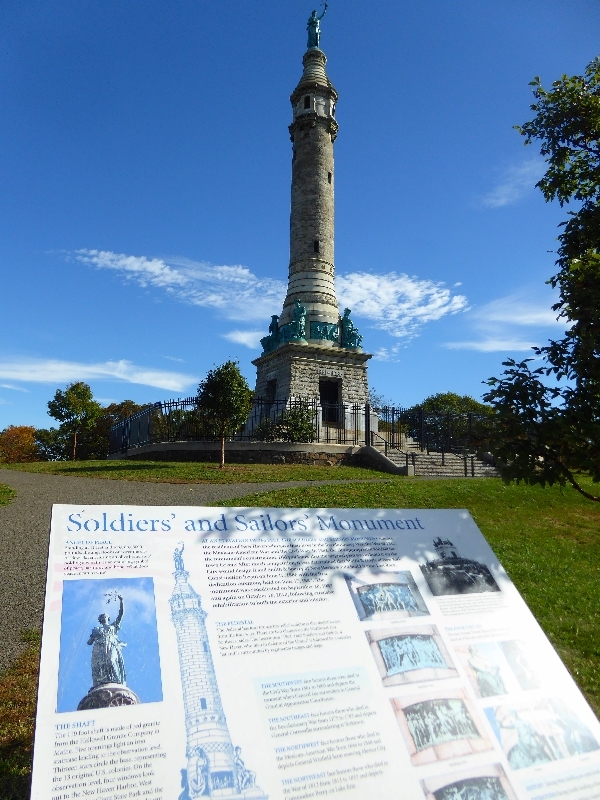 The Monument on top of East Rock 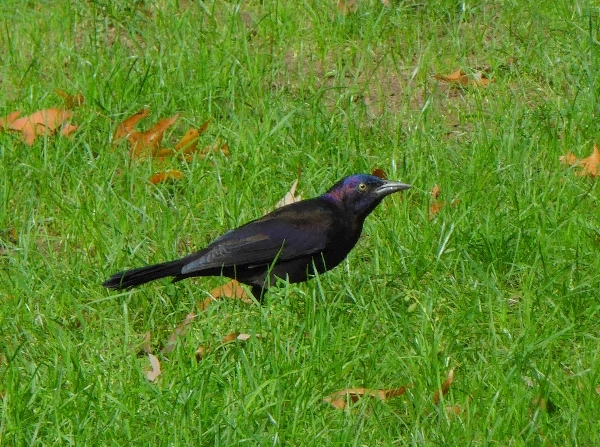 The Yale University campus is simply stunning and because Sofie works there and her Husband John is studying there we had access all over the grounds, the libraries, lecture theatres and even the gym. 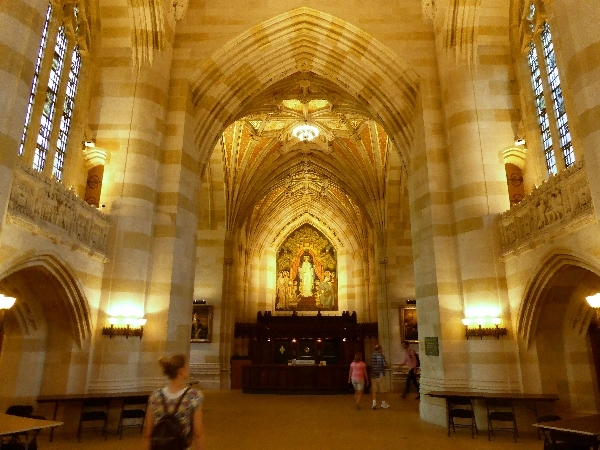 The Yale Alma mater mural behind the old Circulation Desk 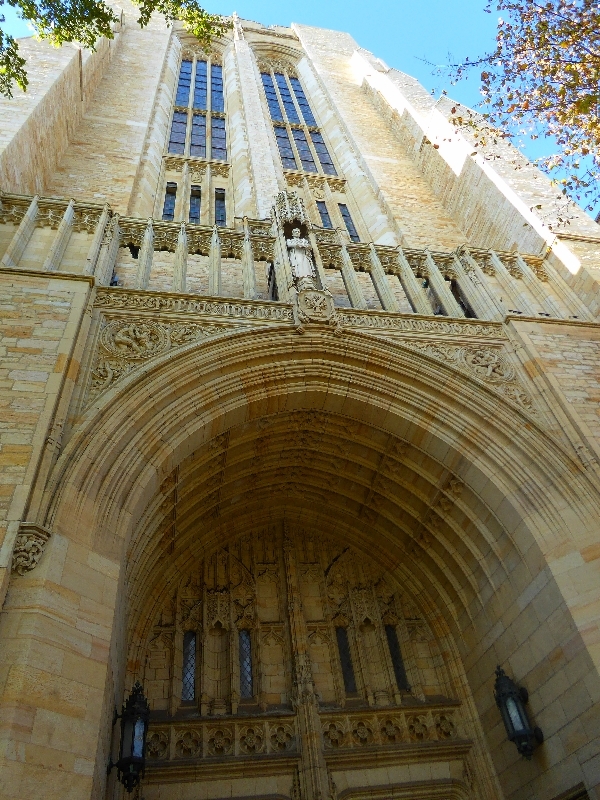 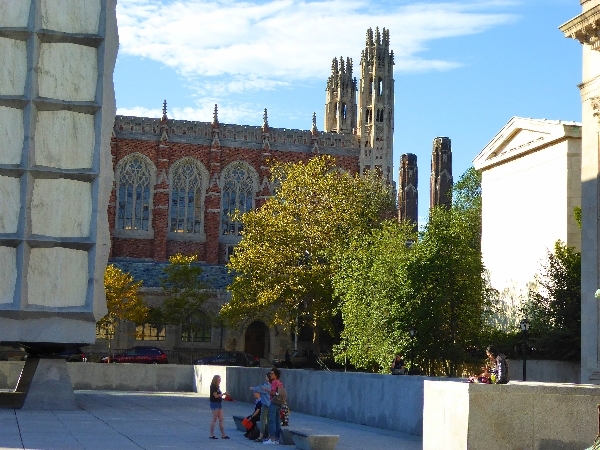