WEATHER; What can I say other than; another beautiful, warm sunny day!

I got up early and left the apt. at 6:30am in the dark, a short walk to the subway and a quick journey underground found me at 72nd street by 7am. The subway exit was very close to the entrance to the park. I found my way to the boating lake and then the boathouse restaurant which was the meeting point for my guided walk with 'BIRDING BOB' of Central Park.

Some views in the park today 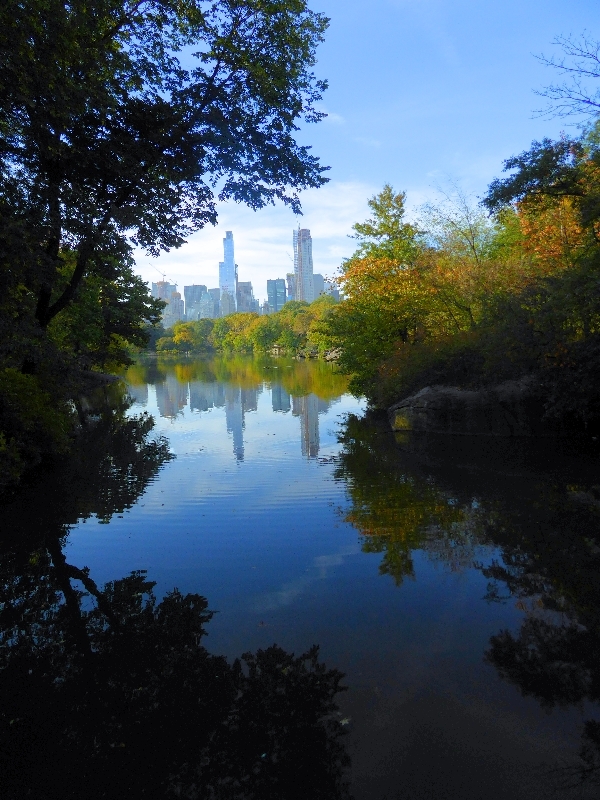 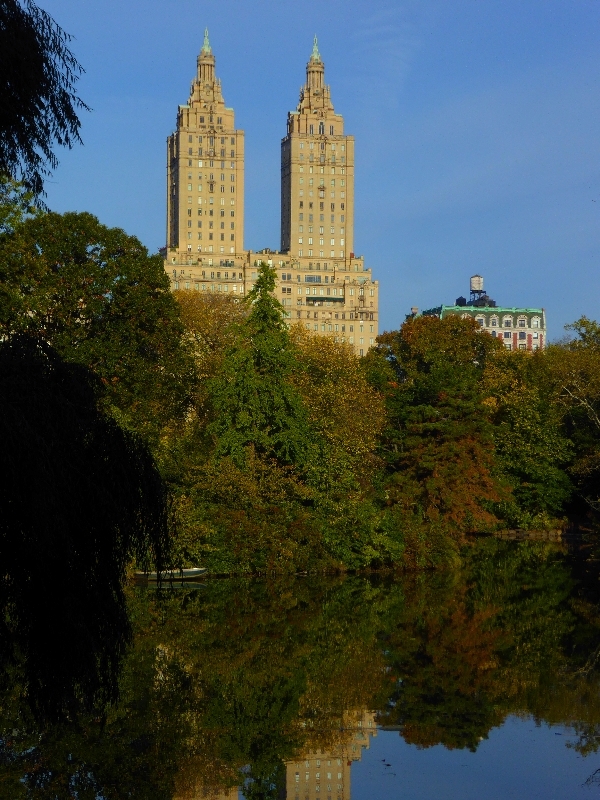 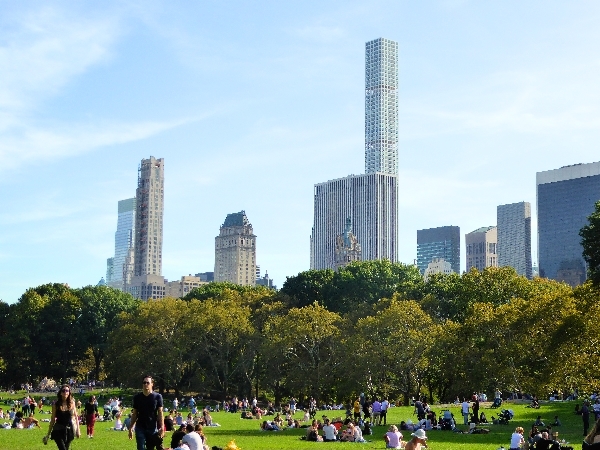 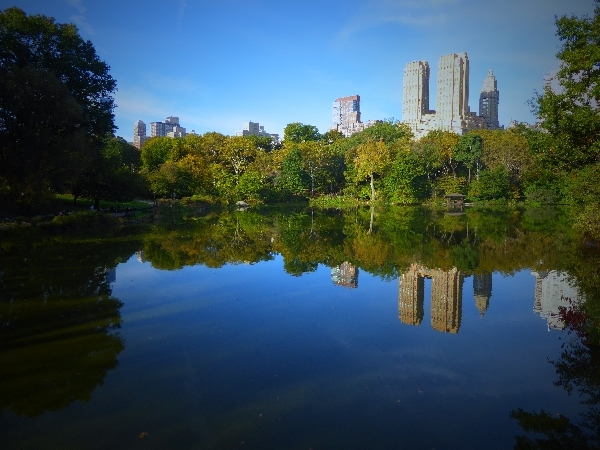 I met Bob and 3 other clients of his at 7:30am for our 90 minute walk around the Rambles, we notched a few common species as we began the walk. 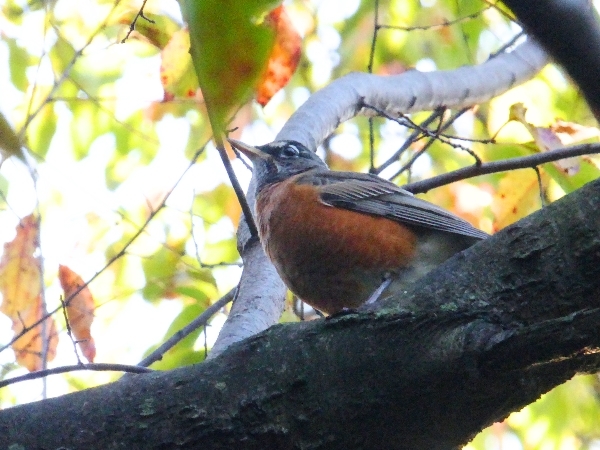 The guided tour consisted of the 5 of us walking around the Rambles and stopping every so often when Bob would play the alarm call of a Blue-headed Vireo. This very loud rasping call did attract some birds, mainly Kinglets but also Hermit Thrush, Tufted Titmouse and a very nice Black and White Warbler. 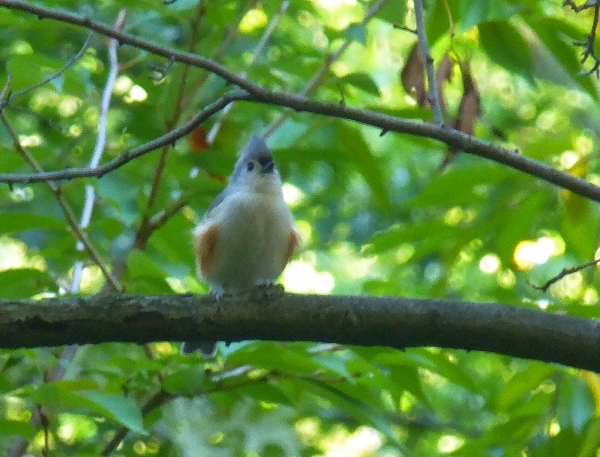 We also called in woodpeckers, namely Red-bellied but also Northern Flicker and Yellow-bellied Sapsucker. A Carolina Wren was my first for the trip and Birding Bob got excited about finding an Orange-crowned Warbler, a rarity for the park. 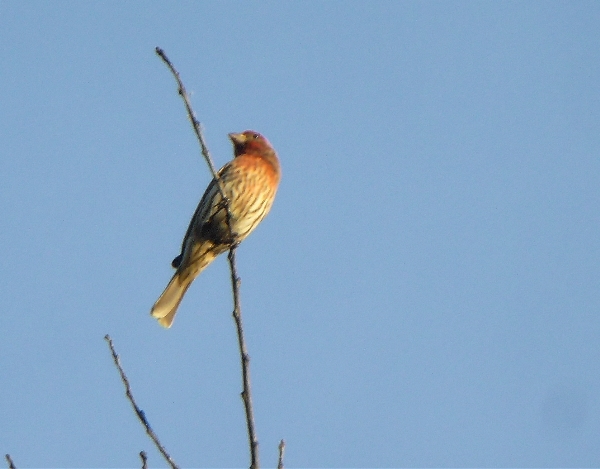 Other birds of note were; Red-tailed Hawk, White-breasted Nuthatch, Eastern Towhee (named after its call), House Finch, Dark-eyed Junco and Eastern Pewee, altogether we logged 21 species during the walk which finished at 9am. My $10 charge entitled me to attend a second walk for which there were 10 more participants, I opted out and walked back to the subway and returned to the apt. by 10am. 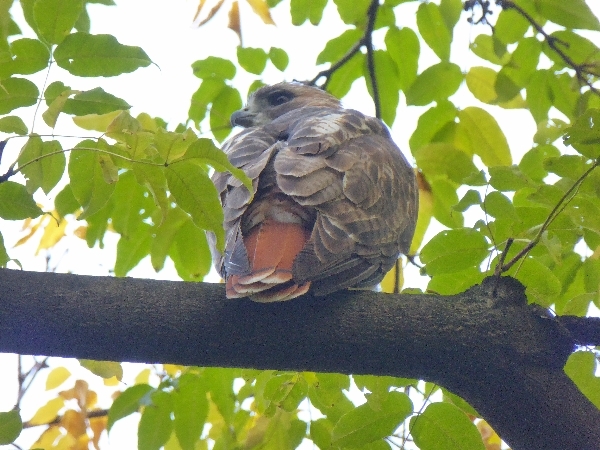 At 11am Dawn and I went for a long walk from our apt. on 123rd street. We walked across to Morningside Park and then walked the entire length of it down to 110th street, we then walked west to river and followed Riverside Park down to 81st street. By then my feet were killing me so we stopped for lunch overlooking the River Hudson from a lovely terrace.

For the rest of the day we strolled back to Central Park and sat on the grass listening and watching a live jazz band. I dozed off for while before we left for 'home'.