Our return to hawk Mountain after a two year break was well overdue, the weather was lovely, perhaps too nice as very few birds were seen on passage. John drove us for 45 minutes due west of Allentown to Hawk mountain, a seriously beautiful area of wooded hillsides with stunning autumn colours. 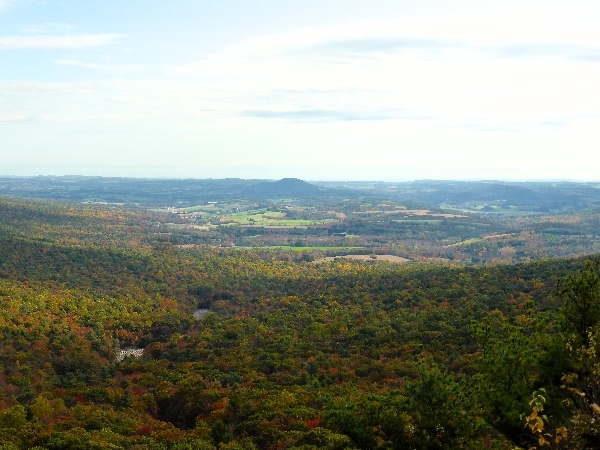 The view from the Hawk Watch at Hawk Mountain

The trail up from the car park led us through a forest of secondary growth, mainly oak trees but a variety of othere threes provided some classic autumn leaf colours. The woods were quiet and devoid of birdlife, we saw Gray Squirrel and Chipmonk. 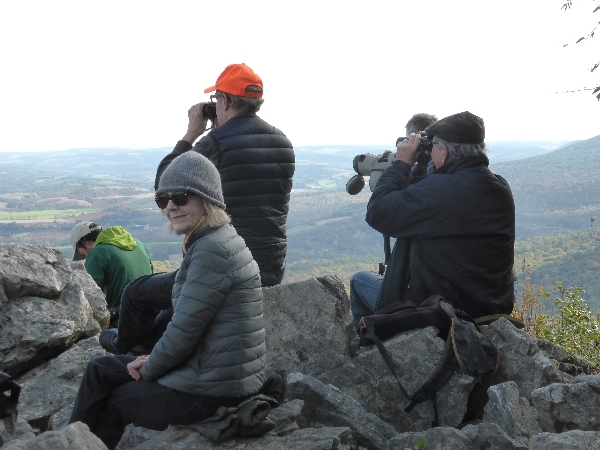 At the top of the trail we joined several othere birders who were watching and counting hawks as they appeared over the distant ridges which were numbered 1-5 for reference purposes. 'Sharpy over 4'  meant that a Sharp-shinned Hawk was circling over hilltop 4 on the distant ridge. 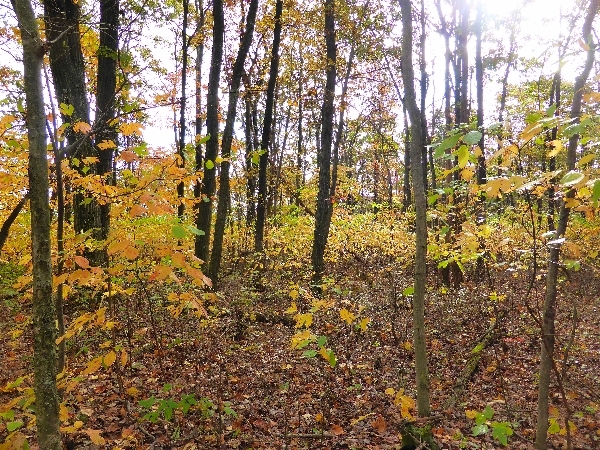 It wasn't too busy with passing raptors but enough was seen to keep us interested and alert. About 16 Sharp-shinned Hawks, 2 Cooper's Hawks, 1 Red-tailed Hawk, 1 Bald Eagle, 1 Northern Harrier and an unidentified falcon passed whilst we were there. Both Turkey and Black Vultures were ever present but were not migrating. Several parties of college students and school children crowded onto the watch-point, there was more observers than hawks and it was a cue for us to leave.

Back at the visitor's centre we watched the feeders, they were attracting Black-capped Chickadees, Tufted Titmouse and White-breasted Nuthatches.

On the way back to Allentown we stopped near some pools deep in the beautiful Pennsylvania countryside and a short walk along the lanes produced sightings of Eastern Bluebird, about 7 of them were feeding on caterpillars and berries. We also saw Chipping Sparrows, Raven, American Crow, Blue Jay, American Kestrel, Canada Goose and Mallard. 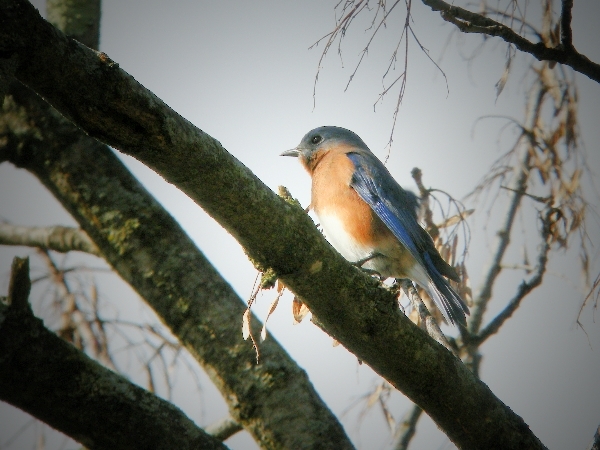 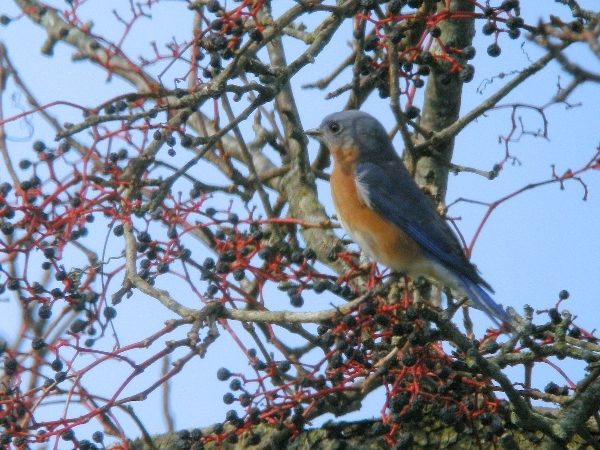 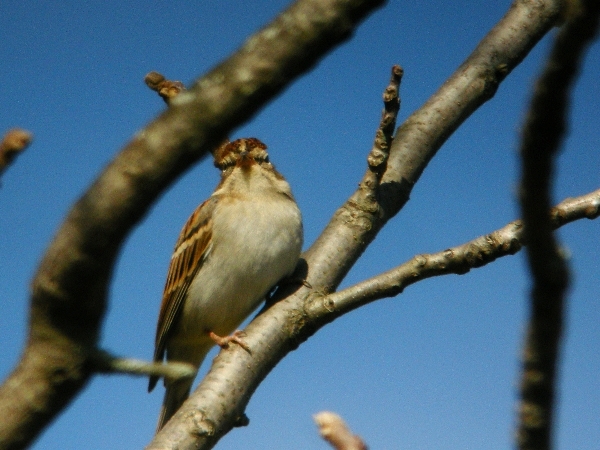 We were back home in Allentown by 2pm and after a late lunch I must have dozed off because now it is 5:30pm, oh dear....were has the time gone!