I needed a spare part for my scope and the Audobon Bird Shop in Madison was the place to get it, I called them up last night and found out that not only did they have the part for my scope but Jerry, the guy who owns the shop, was leading a birding walk early this morning.

I got to the Madison Audobon Shop by 7:15am it was a 20 minute drive, I parked up and took a walk around. The shop is situated on the edge of town it has feeders and a small marshland area can be found nearby. Two Cooper's Hawks were chasing one another around the hedgerows and a couple of American Crows watched them from the trees. 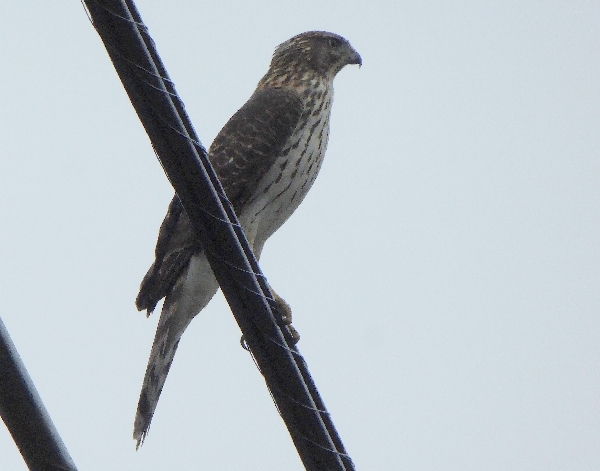 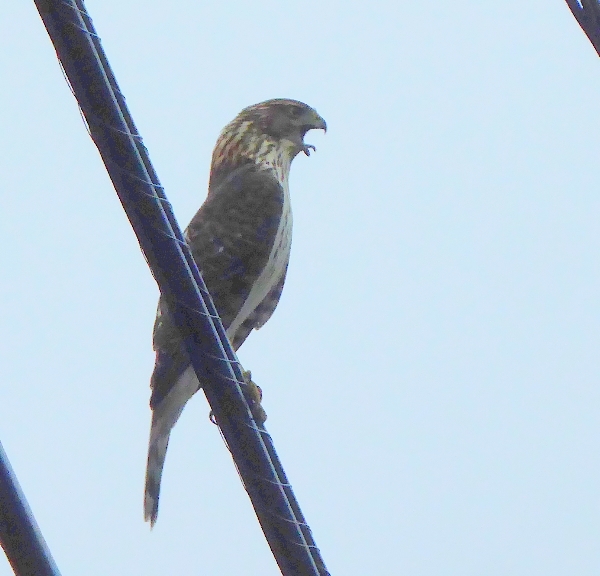 The rain hadn't set in yet but you knew it was coming, you could feel it in the air, I took a walk along the main road out of town to look at the marshland, noting several species along the way. One dead tree held both Downy and Hairy Woodpecker species, it was great to see them so close and to pick out the ID features of these similar looking species.

Back at the shop car park I watched a Red-bellied Woodpecker which, as far as I can see, lacks a Red Belly, it doesn't show one in the field guide either, perhaps a pink tinge but certainly not red.

Everyone turned up on time around 8am and about 10 of us car-pooled to the nearby Hammonasset Beach State Park, it rained for the entire 3 hour visit, we were drenched, but the birding was good! We walked trails in scrub, tree-lined camping grounds, salt marshes, lagoons and the beach. 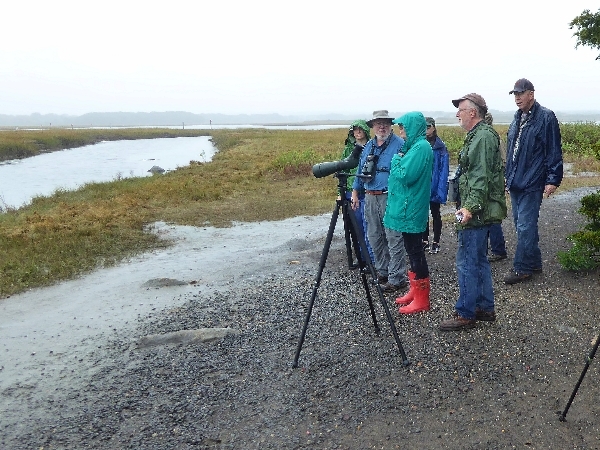 Highlights included, 3 Northern Harriers, American Kestrel, a dozen Black-bellied Plovers in the grassy car park with a single American Golden Plover, 4 Dunlin and a Least Sandpier. In the Salt Marsh we saw Black Duck, Greater Yellowlegs, Semipalmated Sandpiper and on the sea were Red-breasted Merganser, Double-crested Cormorants and a few Herring Gulls. 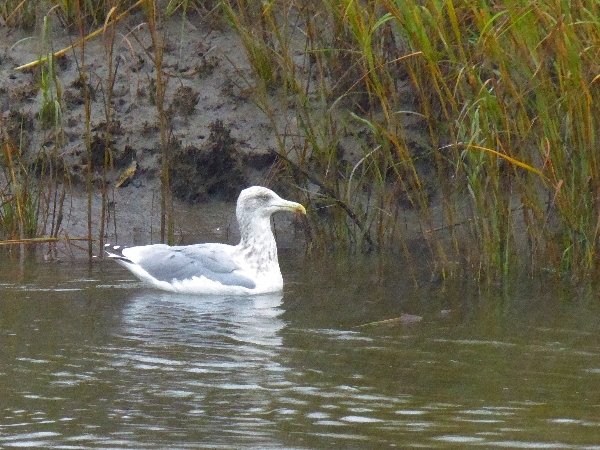 Here is the list from this morning, more or less in the order that I saw them: