I set Lanny, our birding host, a target of 60 species to find for us today, he took up the challenge with great enthusiasm. We were up, breakfasted and out by 7:30am. We headed to the cliffs at Gay Head Lighthouse, where a raised cliff gives you a great views over the sea and a rocky bluff. 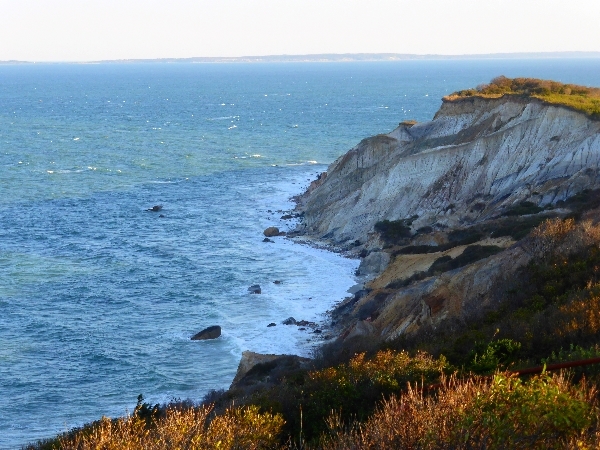 The bluff -  looking out from Gay Head 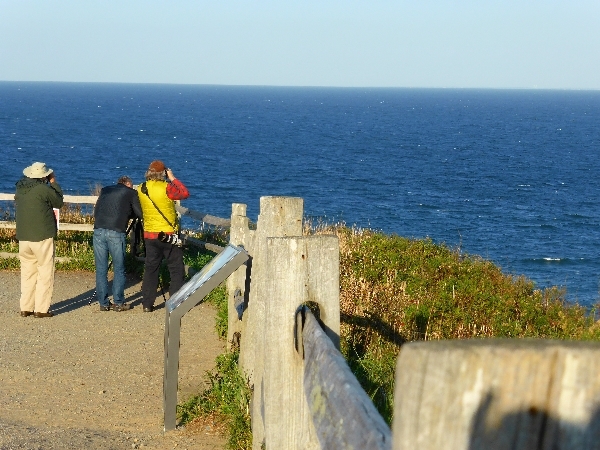 Sea-watching - Lanny and me, joined by a local birder Allan.

We left the headland and visited a couple of tree-lined tracks where we added both Golden-crowned and Ruby-crowned Kinglets, House Finch, the beautiful Rufous-sided Towhee, Black-throated, Yellow-rumped, Prairie and Pine Warblers, Northern Cardinal and we heard Downy Woodpecker. Our total was 25 species as we left for some marshland. 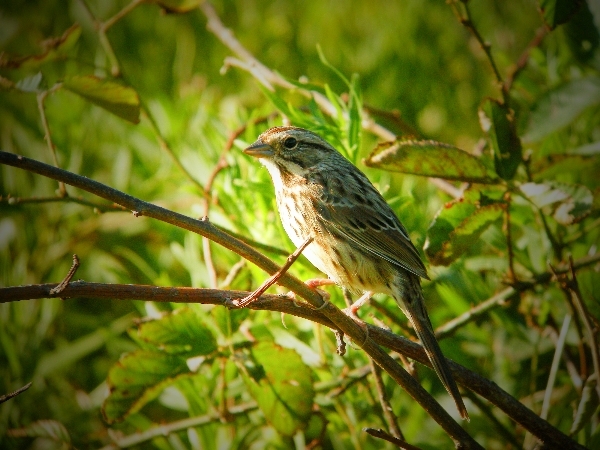 Over the next two hours we visited a couple of brackish lagoons, more woodland and a section of shoreline, we added another 18 species to our list as well as four dragonflies species; Green Garner, Ruby Meadowhawk, Yellow-legged Meadowhawk and Black Saddlebag. Three  Bullfrogs were also seen and a White-tailed Deer. At the beach we saw Common Loon, Black-bellied Plover, Dunlin, American Oystercatcher, Semipalmated Sandpiper and we saw a 'lifer' for me: two female Harlequin Ducks. 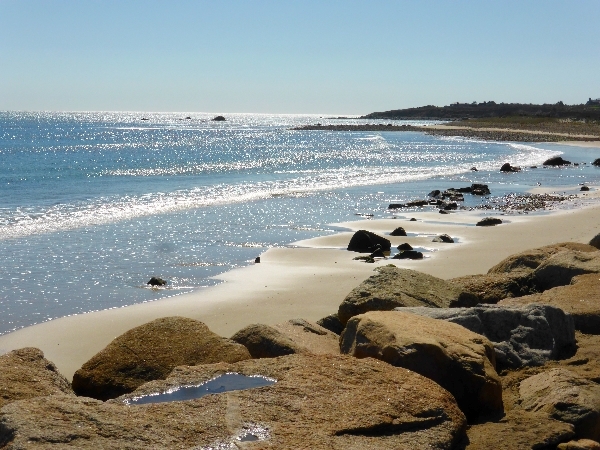 one of the beautiful beaches around Martha's Vineyard

We went back to Lanny's house for lunch and resumed at 3pm, minus Dawn, she had had enough birding for one day. Our first afternoon venue was some grass meadows with very short grass and holding many horses, they were a haven for waders during high tide periods, such as this. A large flock of Black-bellied Plovers held four American Golden Plovers, they were joined by a dozen or so Killdeer, a few Semipalmated Plovers and a single Pectoral Sandpiper. We also added to our list Brown-headed Cowbird, House Sparrow and a real gem, a male Northern Harrier, what a bird. 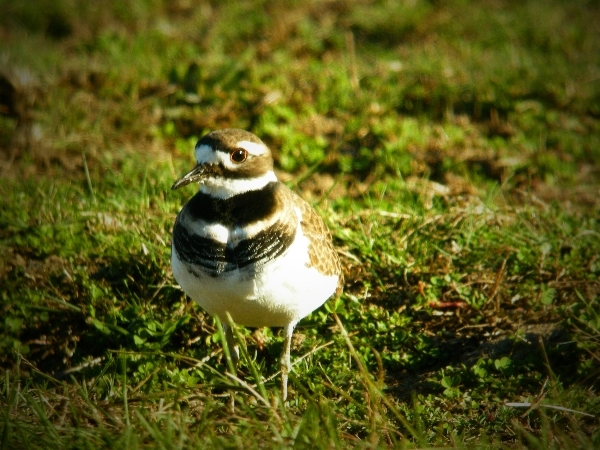 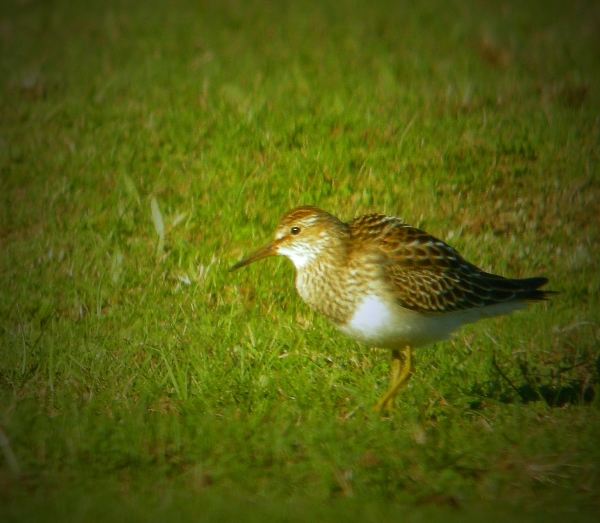 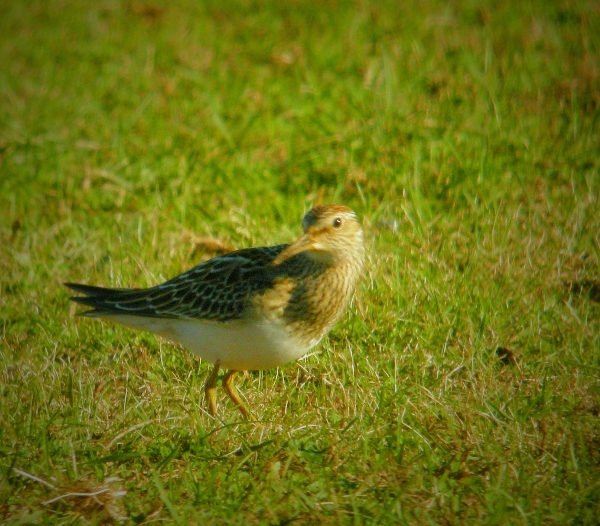 After that purple patch we were on 52 species but at 4:30pm the superb light began to fade. A brackish pool gave us six more species as we added; Black Duck, Greater Scaup, Great Blue Heron, both Greater and Lesser Yellowlegs and Sanderling. Our final destination proved to be a disappointment because our expectations were dented when we couldn't find a few species that Lanny expected to be present. However, a group of Laughing Gulls and a very unexpected Black-legged Kittewake gave us species 59 and 60 respectively. 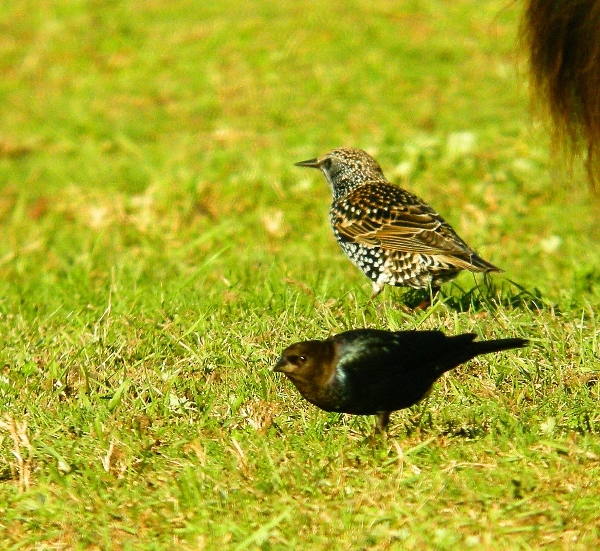 We made it home just before dark and later all four of us went out for a celebration dinner, it was a great evening.