Over the last couple of weeks we have made regular visits into Yeovil Town centre to visit the gym which is found on the edge of a town park. After recent sessions I have opted to walk home through the park, over the hill and down into Stoford, a walk of about 2 miles.

The park consists of a number of pools, streams and mature woodland as well as a series of ‘springs’, hence its name, NINE SPRINGS. It was a lovely day today with no rain, no wind with hazy sunshine, so I decided to walk home. 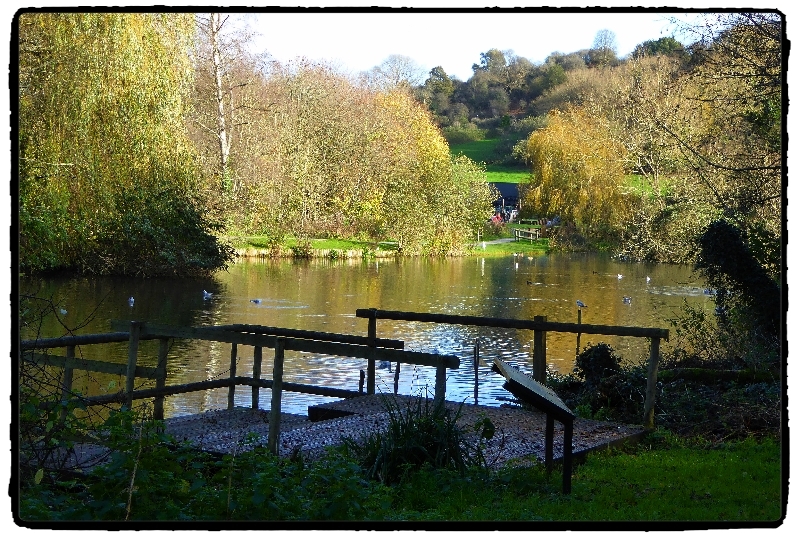 A Common Kingfisher flew over me as I began the walk and then I bumped into a feeding flock of mixed species. Great, Blue, Coal and Long-tailed Tits, also a very confiding Goldcrest flitted about very close to me.

I passed one of the larger pools where Black-headed, Common and Herring Gulls sat with Mute Swan, Common Moorhen and Mallard. My path took me away from the town up a gentle slope alongside a stream which passed a number of ornamental pools and pretty cascades. I saw many common species, Wren, Robin, Blackbird, Dunnock, Chaffinch and another Goldcrest appeared as I climbed out of the wooded valley onto a more open beech wood. 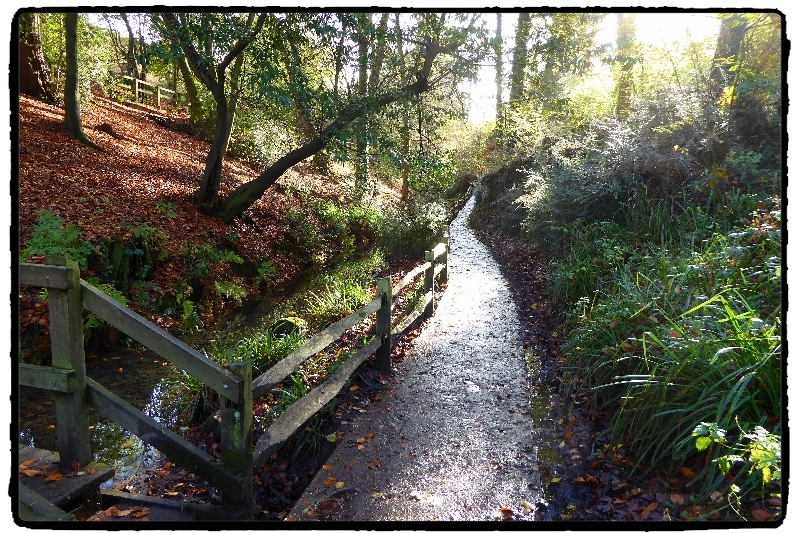 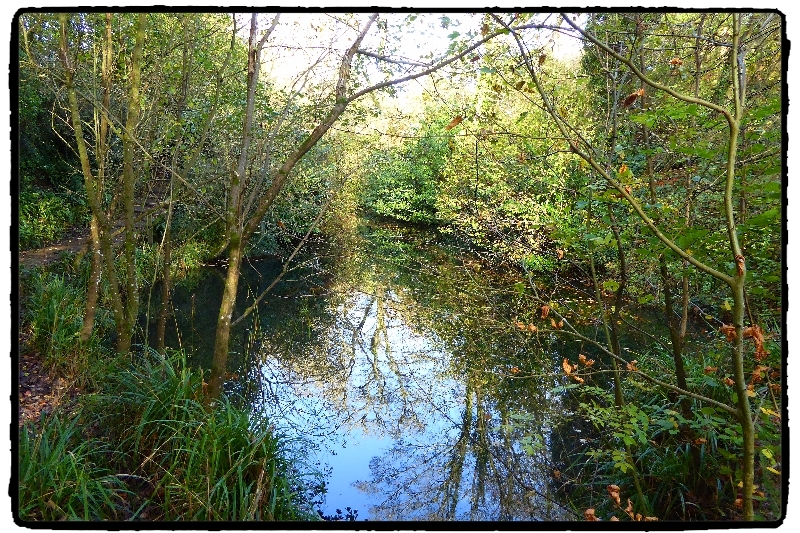 The park boundary lies adjacent to the private Aldon Estate, the name “Aldon” derives from the Old English “aewell”, meaning a spring, and    “dun” meaning a hill. Both conditions apply here since Aldon House lies on the hill immediately above this local beauty spot,  ‘Nine Springs’ from whence I came. 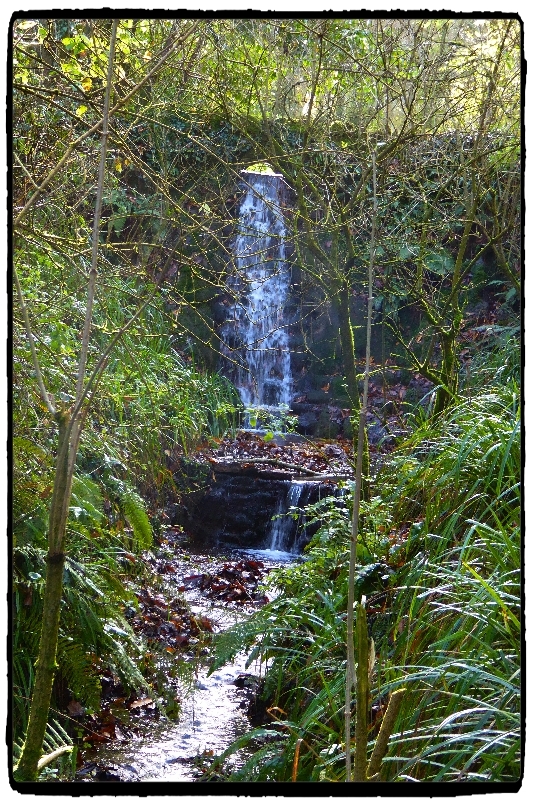 There are a couple of public footpaths that lead up and over the hills which are left to pasture and where I listed all of the local corvids, Common Raven, Carrion Crow, Rook, Eurasian Jay, Eurasian Jackdaw and Common Magpie. 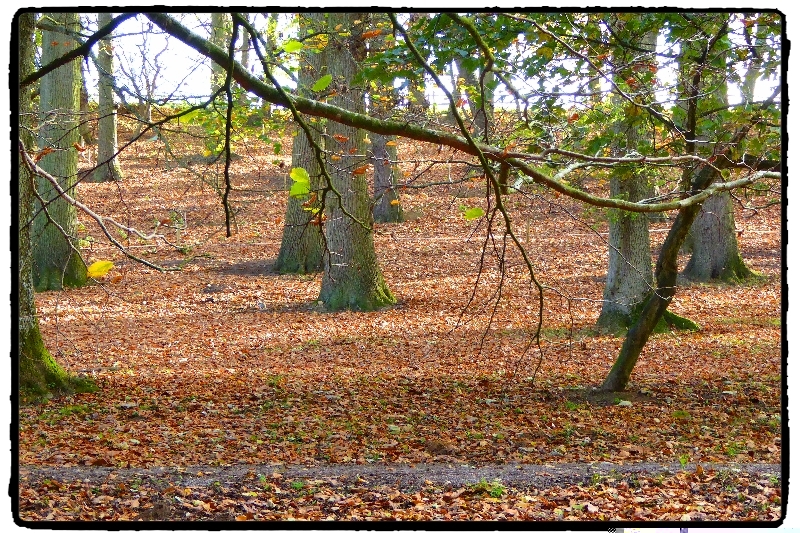 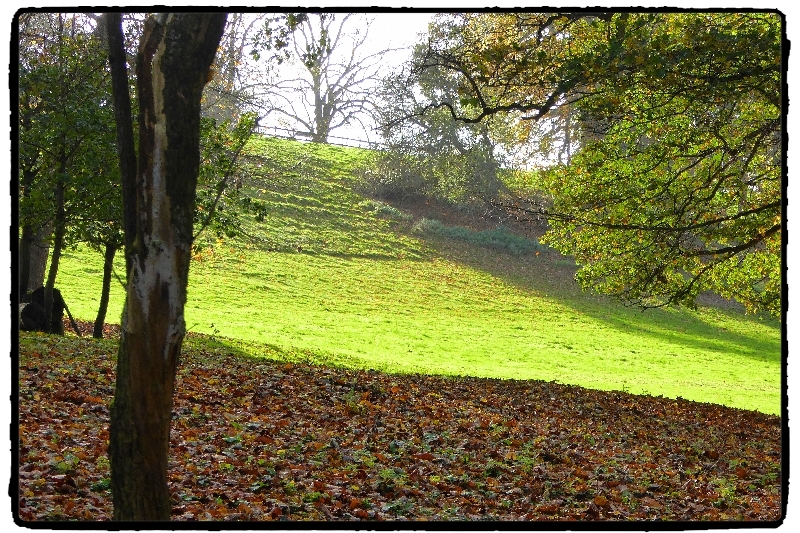 THE SLOPE UP TO THE ALDON ESTATE FROM NINE SPRINGS

The public footpath to Stoford takes you across the Aldon Estate then over  ‘Two Tower Lane’ and down the eastern boundary of Barwick Park, this is another private estate, a large open parkland area of some 60 hectares dominated by the huge 18th Century mansion called Barwick ( pronounced “barrick”) House. 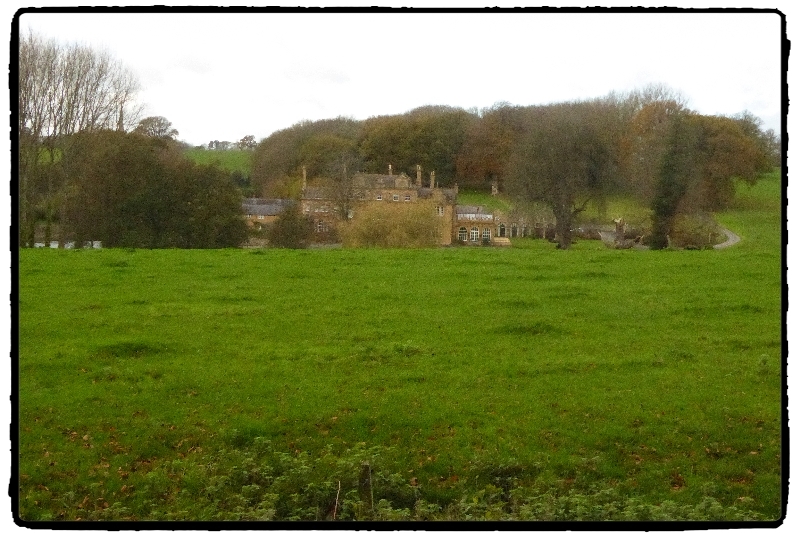 This 18th Century (c1770) mansion is now a collection of modern apartments but the large ornamental lake survives as does the four ornamental ‘follies’ that were built on the four boundaries of the park.

Each ‘follie’ or tower sits on a cardinal point, you can see two of them along “Two Tower Lane” - Rose Tower and Fish Tower, whilst the Obelisk Tower sits on the southern boundary and ‘Jack the Treacle Eater’, the largest of them all, stands proudly looking east. 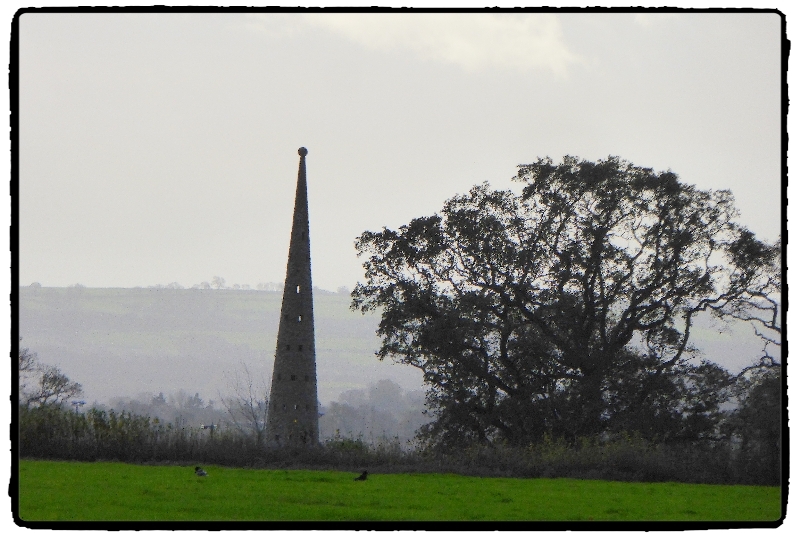 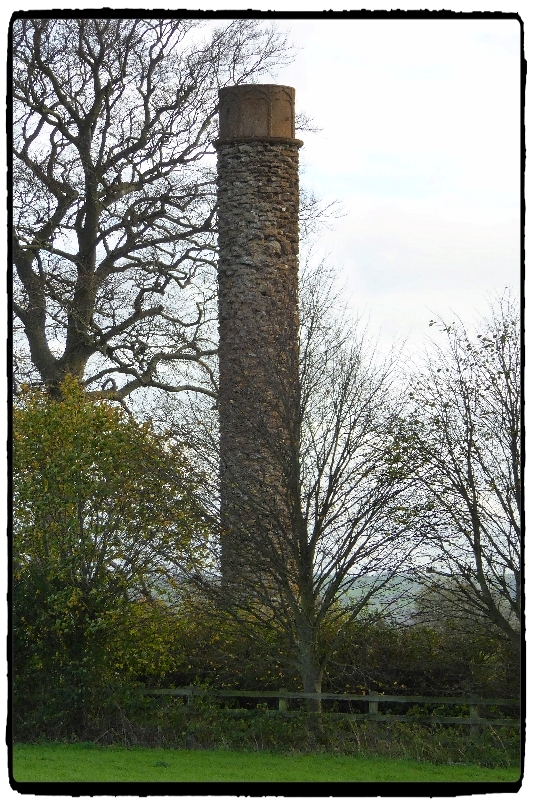 The footpath to Stoford takes me along the eastern perimeter of Barwick Park and leads me through a dark ‘tunnel’ with high, mature hedgerows on either side of a narrow track. Not many birds are seen along here but I pass right beneath the imposing figure of ‘Jack the Treacle Eater’, the name is supposedly derived from a ‘runner’ (a messenger)  called Jack who used to eat treacle to keep up his energy. 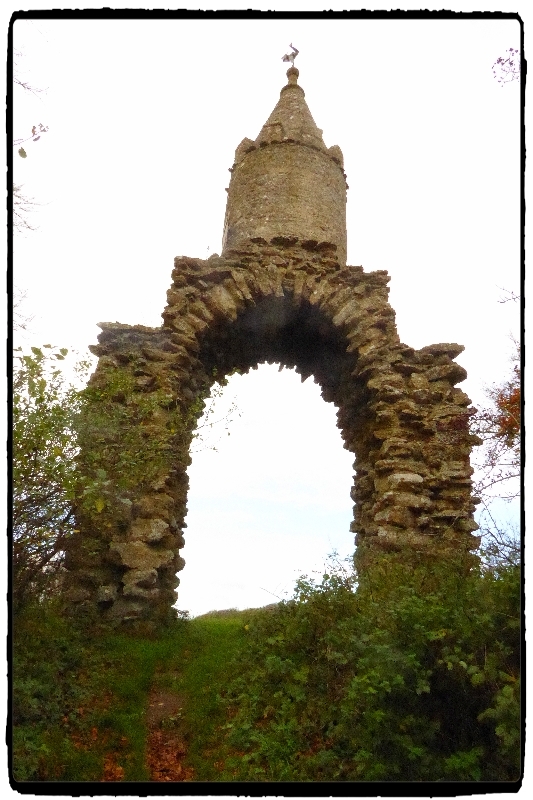 I emerged from the track onto another lane, a metalled surface lane where a hedgerow of Hawthorne bushes are being systematically stripped of berries by an ever-growing number of thrushes. When I first saw this thrush-flock it consisted of 4 Blackbirds, a Mistle Thrush, 4 Fieldfares and 2 Redwings, today there were over 30 birds and not many berries left!

In a stubble field a pair of Common Buzzards ‘hunt’ for earth-worms on foot and as a third bird flies over it disturbs a Green Woodpecker which flies up noisily and disappears behind the hedge. 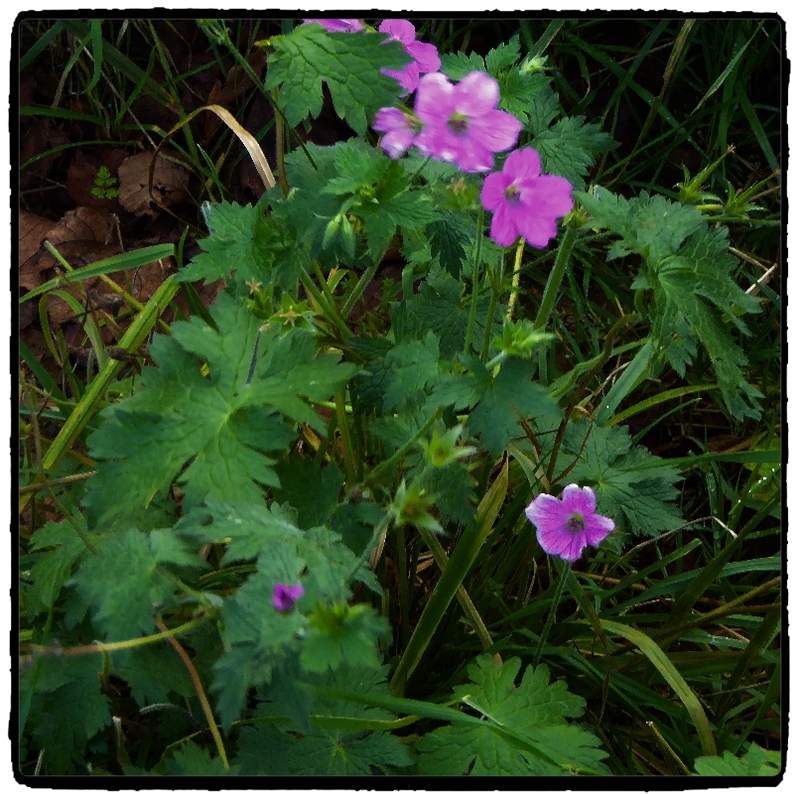 The path now takes me south from the lane down to a small ‘fishery’ where a stream feeds several pools which are stocked with trout. This stream flows into the river Yeo not far from my home and often has Common Kingfisher, Grey Wagtail and sometime a ‘wintering’ Dipper. A string of Alder Trees trace the course of the stream where Siskin, Goldfinch and many common species feed, today a few Redwings rest in the canopy. 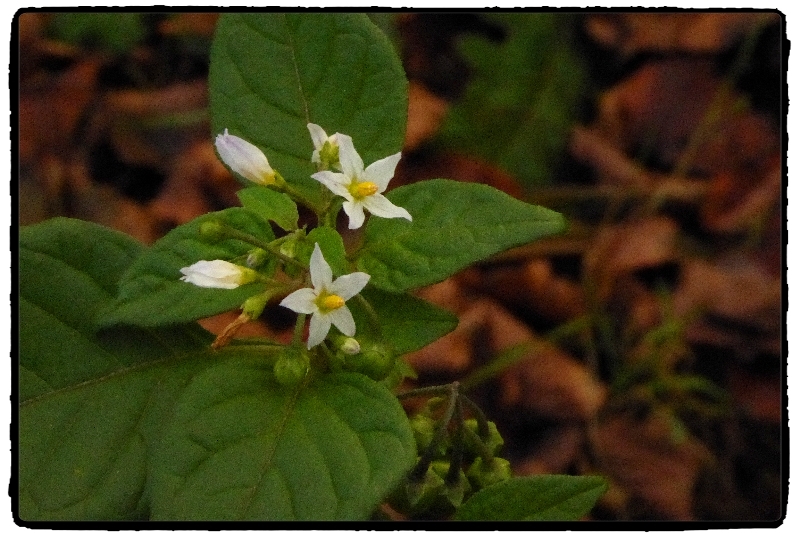 The final part of the walk takes me onto Newton Road and into Stoford, our home is on this northern boundary, we overlook a meadow through which the stream cuts a deep trench and its route can easily be traced as a ribbon of Alder Trees mark its course. A good number of species visit my feeders from this area including, over last few days a Grey Wagtail, how many of you get one of those little beauties in your garden?