Not much birding done over Christmas but we did out a couple of times.

We spent Christmas with Dawn's daughter, Sophie, and her fiancé John. They live in Stevenage Hertfordshire, which just happens to be forty minutes from the bird-rich Lea Valley. So on boxing day we all went there for a long walk.

Parking at Fisher's Green we took a 7 mile circular walk, it was crowded with many families​ but still very enjoyable, The lakes, marshes, river and canal attract a lot of wildfowl and it has a good reputation for Bittern sightings. The weather was just dandy, bright and suny around 7C. 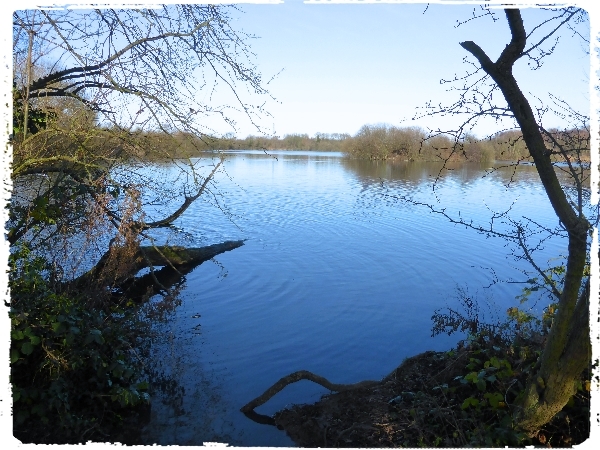 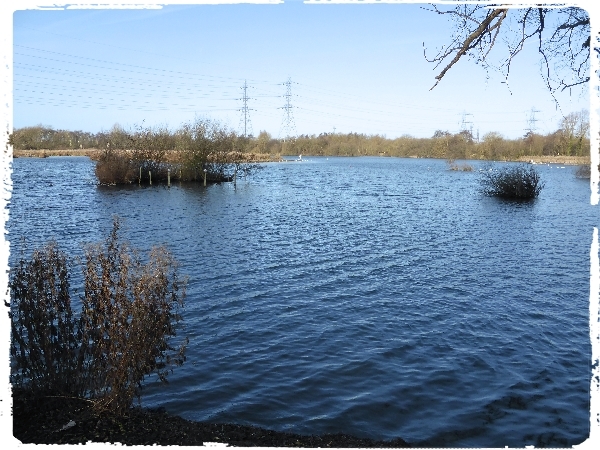 We saw many gulls, ducks, swans, cormorants and the odd Grey Heron. A kingfisher was nice and several mixed flocks were feeding in the hedgerows, Blue Tit, Great Tit, Long-tailed Tit, Goldcrest, Robin and Dunnock. 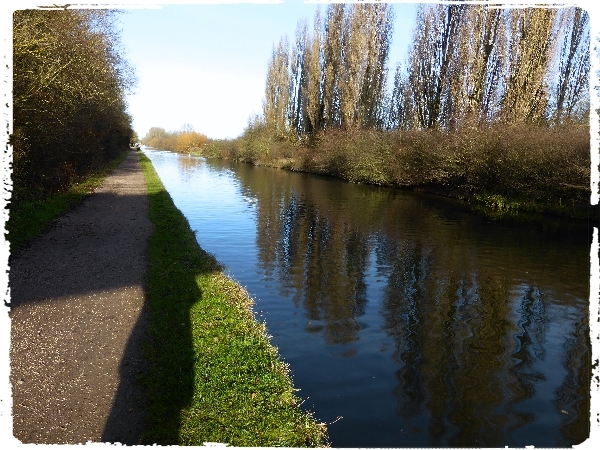 Our walk took us passed several bodies of water and some interesting habitats with names such as: Hook's Marsh, Bowyer's Water, Hall Marsh Scrape, Waitham Town Lock, and Cheshunt Pits. 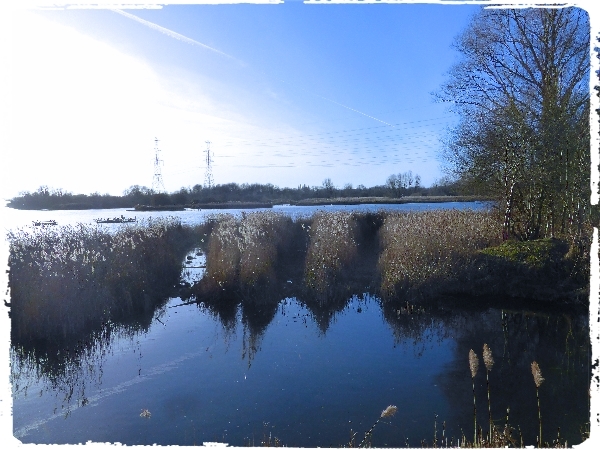 On our return to Fisher's Green we spent some time in birdthe Bittern Hide hoping for a glimpse of one, but it was very crowded and generally noisy so no chance really!

On our way home and after we had spent an hour on the M25 'car park' we stopped off at Farnham to visit my son James and family. At a local beauty spot an unusual bird had been seen on the lake, so after a nice cuppa we set off to look for it.

Again the area was crowded with families and an extraordinary number of dog walkers. We parked at Frencham Little Pond car park and walked through some pine woods to the 'pond' which is in fact a lake. 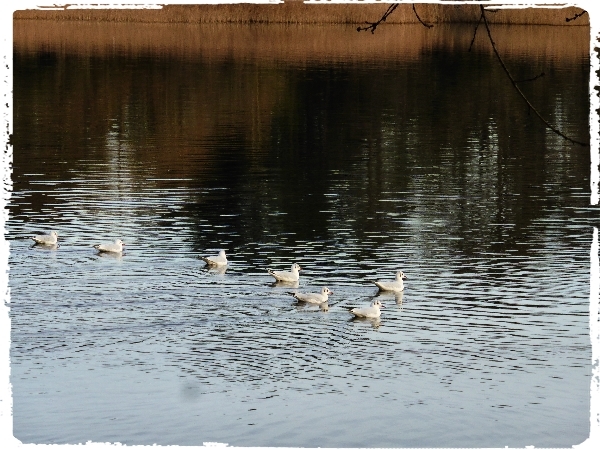 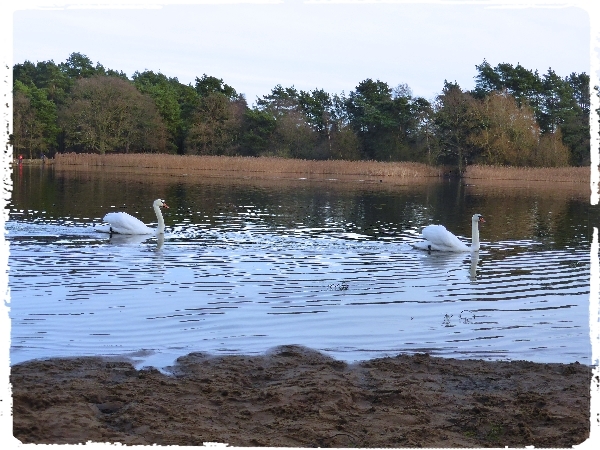 We had the children with us so progress was slow.and the bird wasn't showing! However with a little persistence and a lot of walking we found the bird at the far end of the pool. Yes a LONG-TAILED DUCK sat out with the Great-crested Grebes, Common Pochard, Tufted Duck and Mute Swans. 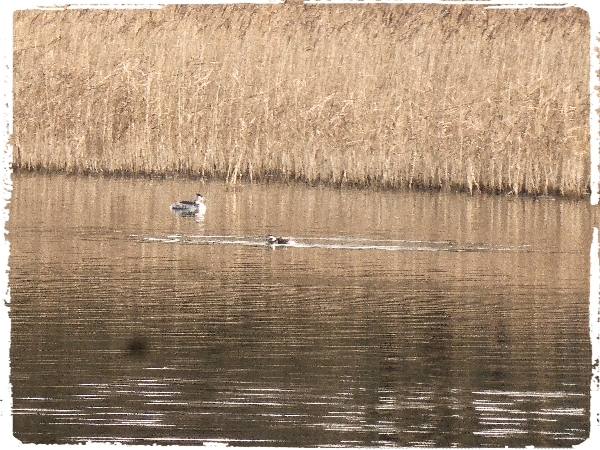 Walking back through the pine woods we noticed Goldcrest, Siskin, Long-tailed Tit, Coal Tit and lots of common birds.

Another beautiful crisp-clear day with a clear sky, amazing! I wasted most of the morning working! But just after lunch I walked the two mile into Yeavil across the fields and through 'Nine Springs' Country Park. It was fantastic to be out there, great to be alive!!

I notched up Redwing, Song Thrush, Raven and lots of gulls during the first part of the walk, then walking over more open ground Crows, Rooks, Jackdaws, Magpies and more 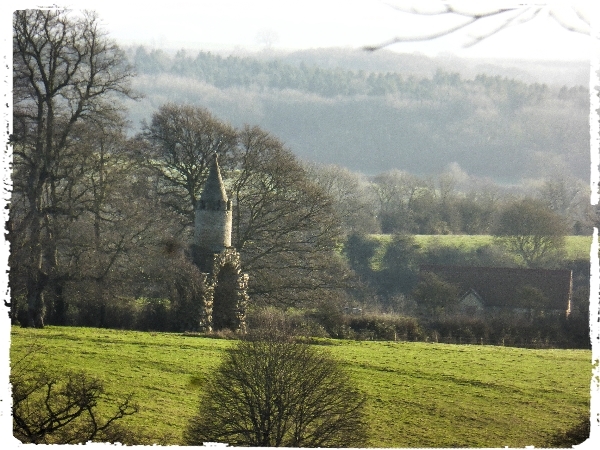 The walk takes over Aldon House meadows and diwn through nine springs country park, Yeovil sits at the bottom of the hill beyond Nine Springs. 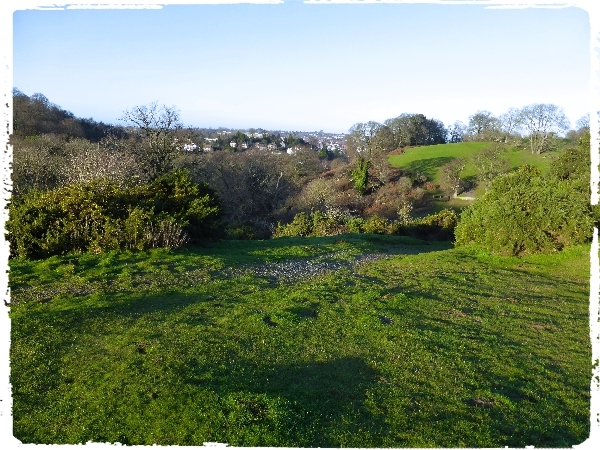 a view down towards Yeovil from the top of Nine Springs 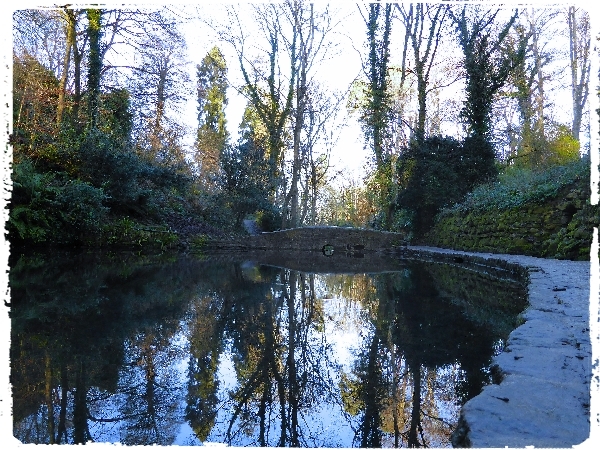 one of the nine pools found in Nine Springs 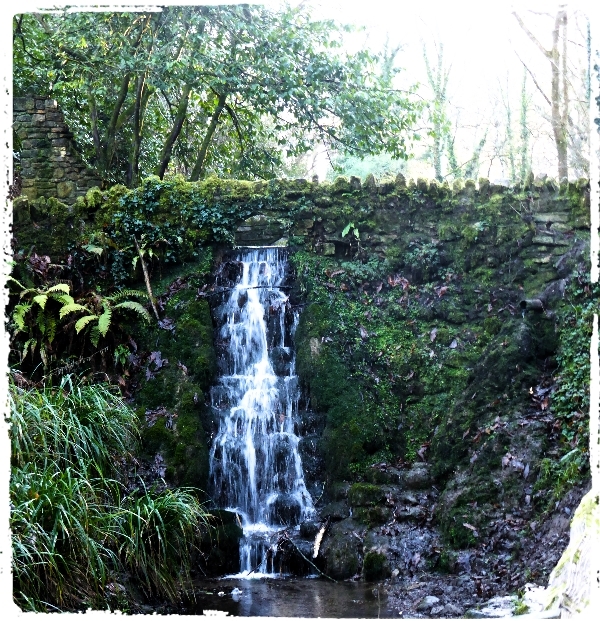 It was fairly quiet in the woodland around the Springs, I did see Goldcrest, Robin, Dunnock, Blue Tit, Great Tit and Pied Wagtail. I met Dawn in the car outside the gym on the edge of Nine Springs and we spent a strenuous hour excercising! Merry Christmas!