I took a quick walk through Nine Springs country park in the centre of Yeovil this afternoon to see if I could locate a GARGANEY that had been seen yesterday. Garganey as you know are summer visitors and passing migrants to Western Europe and are rarely seen in December!!

part of the Nine Springs' Lake

I went to the small lake in the centre of the park, a most unlikely site for a timid bird such as the Garganey and I wasn't hopeful. However, I was encouraged when another birder appeared and told that the special visitor had been seen today!!

I renewed my search for another 30 minutes and just as I was walking away all the local ducks suddenly flew from the cover of the overhanging trees and the GARGANEY was with them. What a smart looking individual is the male Garganey. I tried my best at digi-bining but most of the pictures were useless, below our my best two. 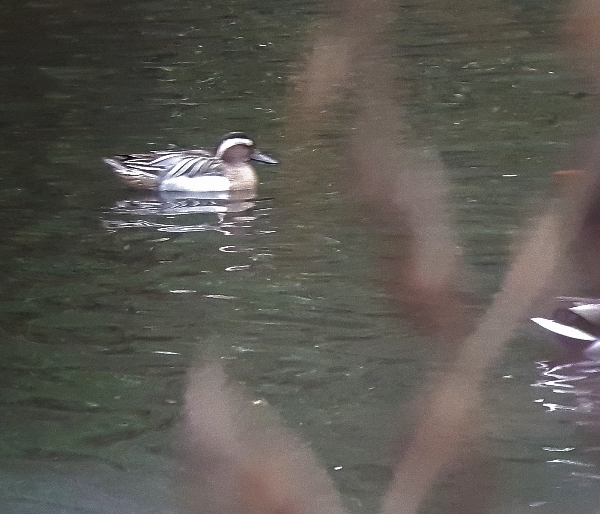 the male Garganey at Nine Springs this afternoon 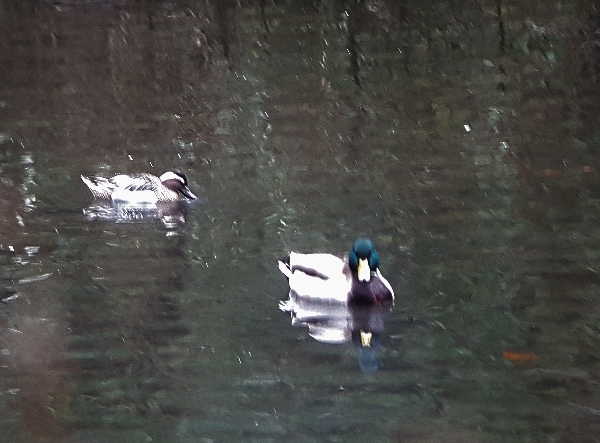 I also saw a male Mandarin Duck and several Brown Rats, they are attracked to the food been given to the Swans and Mallards by the many visitors to the park.