Today went like a dream, the weather was excellent, the wind had gone and all the birds were out on parade as we had hoped. There was one fly in the ointment and that was the CORN BUNTING, this annoying species refused to show during our late afternoon search for it. Isn’t that just typical of a Corn Bunting??

We went for a pre-breakfast walk around the gardens and along the lane to the Cloughton Wyke (cove) about ¾ mile down a narrow lane. Several typical garden species were noted as we walked through the gardens and as soon as we got into the lane we stopped to watch a garden feeding station. 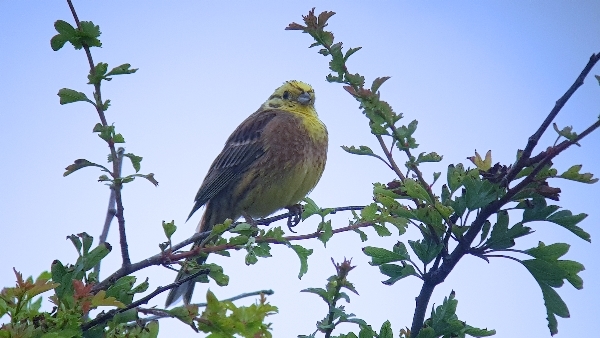 Yellowhammer - very common along the lane

Further down the lane we had views of farmland pasture and some arable fields where Yellowhammers and Common Whitethroats were common. We also picked out a couple of juvenile Stonechats, some Sand Martins, Pied Wagtails and we saw a Chiffchaff. We could here Song Thrushes singing and got brief views of a pair of them and a Kestrel sat on a distant telegraph pole.

At the Wyke we saw Fulmars on their nests, lots of Gannets and Auks flying out over the calm sea and we listed 3 mammals: Roe deer, Brown Hare and Rabbit.

After breakfast we set for our day trip to the exciting venues of Bempton Cliffs and Flamborough Head, two great places where you can watch, at close quarters, thousands upon thousands of sea birds at their nesting sites. Bempton it a truly, magical place, the views are stunning and the numbers of birds is beyond belief.

Around the car park at Bempton we saw many Tree Sparrows and as we walked down to the cliffs we saw a Barn Owl quartering the fields, this has become a regular sighting this spring, a day-flying Barn Owl is something special but also an indication that maybe food is in short supply. 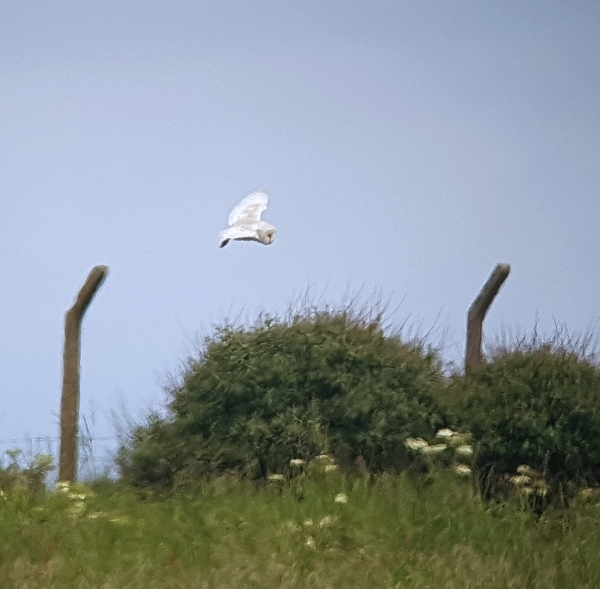 record shot of the Barn Owl

At the cliffs we watched the spectacle of thousands of birds sitting on nests, flying to and fro their nests or just loafing on the water. It is a marvellous sight to behold.

Meadow Pipits were parachuting and Skylarks were climbing above the fields whilst Linnets and Goldfinches dashed about in small groups. Then we came across one of the star attractions at Bempton, a Peregrine Falcon, this juvenile individual sat just 20 meters away on a fence and didn’t at all perturbed by our presence. We did notice that it had a large ‘growth’ on the side of its head which didn’t look too good! 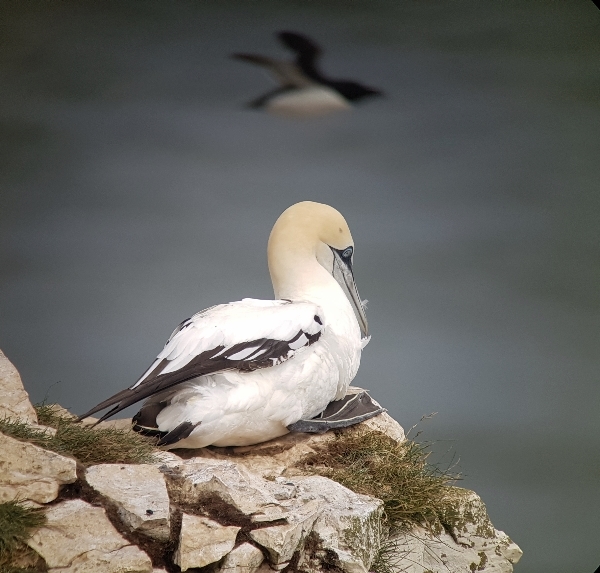 a Gannet being photo-bombed by a Razorbill

We spent two hours walking to all of the Viewing Platforms before walking back to the reserve centre where we ate our lunch. It was just past 1pm when we left the reserve and headed round to Flamborough which was just a few miles down the coast. 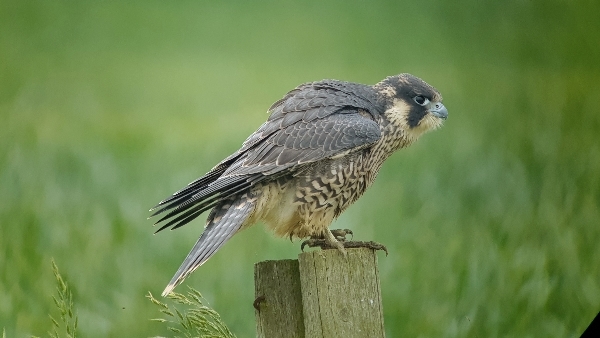 this juvenile Peregrine Falcon was most obliging 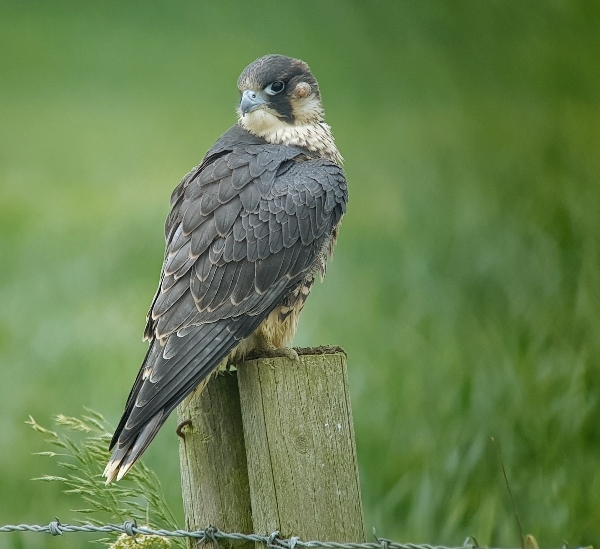 you can see the growth on the side of its head, a tumour or cist?

Flamborough Head is far more commercial, catering for general tourism, but it also has a beautiful coastline, chalk-cliffs dominate the landscape and large caves sit in the coves. The grassland above the cliffs are covered in flowering plants at this time of the year where an abundance of insect life thrive. 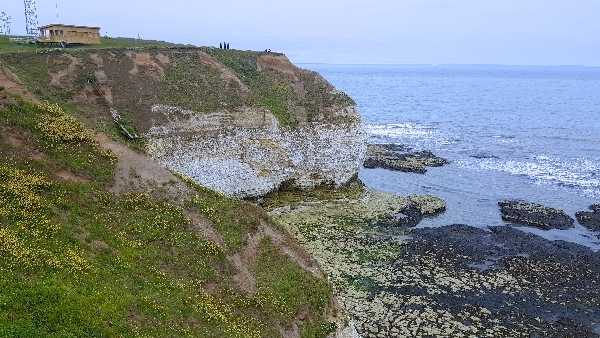 Puffins are much easier to see at close quarters at Flamborough and they did not let us down today! Along with the thousands of Razorbills, Guillemots, Gannets and Kittiwakes we also saw Cormorants, Shags, Rock Dove/Feral Pigeons and Rock Pipits. 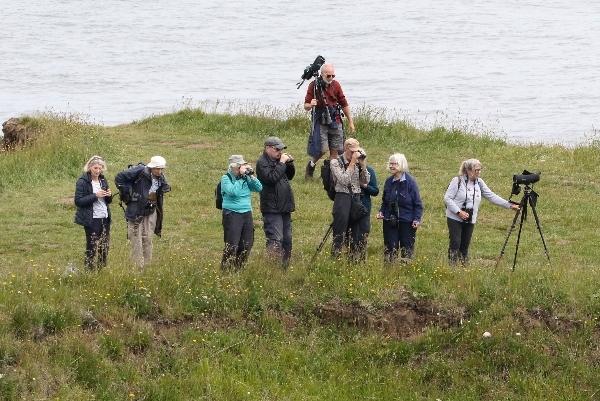 some of the group

A large group of Grey Seals were loafing on the flat rocks in one of coves, a few Common Seals joined them. We saw a few butterfly species, Small Tortoiseshell, Painted Lady, Large Skipper, Common Blue and Red Admiral. A few day-flying moths were also seen: Chimney Sweeper, Silver-Y and both 5 & 6 Spot Burnet Moths. 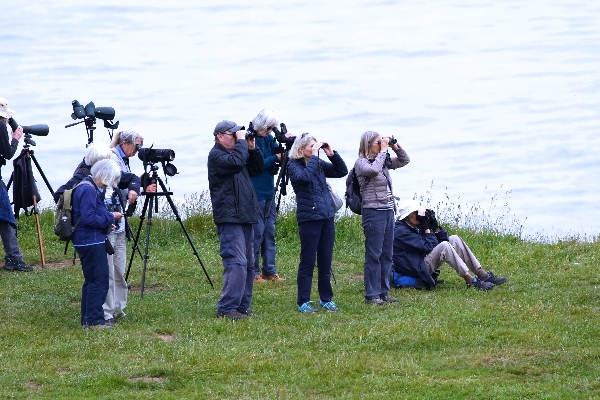 We left Flamborough around 3pm and drove a short way to a small nature reserve near the Thornwick Holiday Complex. A few small pools were overlooked by two hides, the shallow water was ideal for waders and small ducks. We found a very unseasonal Wigeon, also Teal, Mallard, Moorhen and Coot. A few Barn Swallows and Sand Martins swooped down to drink and we found a Green Sandpiper and also a Pied Wagtail. 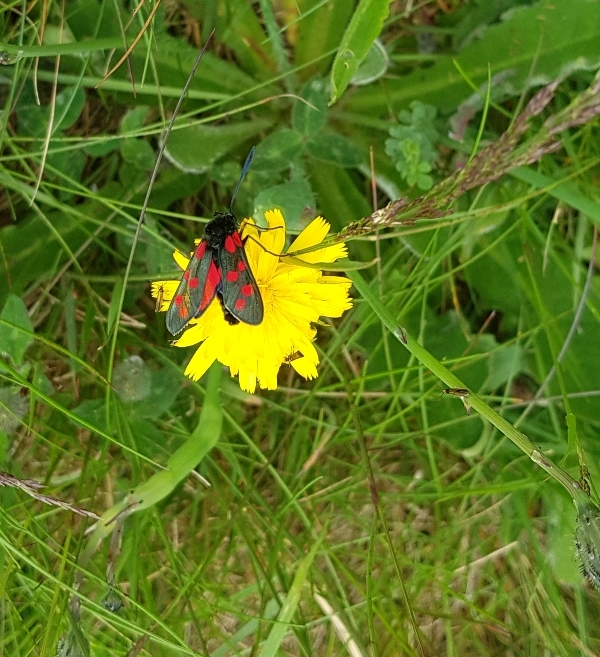 An Emperor Dragonfly thrilled the group as did a fly-past Broad-bodied Chaser, we also found both, Common Toad and some tiny Common Frogs. 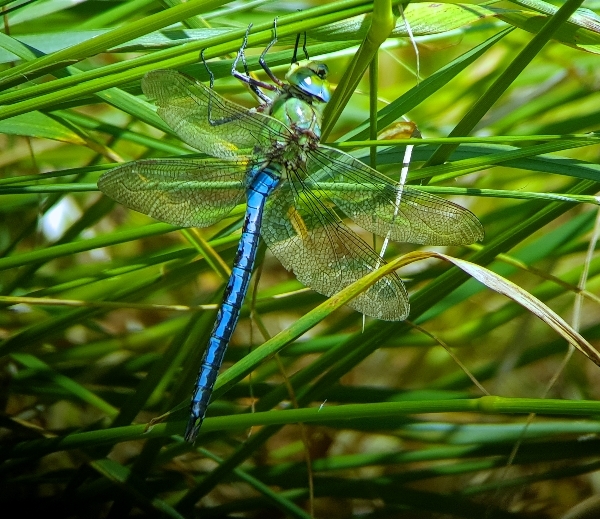 Before we returned home we stopped on the edge of Buckton Village near a roadside village pond, a track took you up alongside some arable fields with mature hedges, it was there that we were supposed to find the elusive Corn Bunting, which we didn’t. Oh well, you can’t win them all. 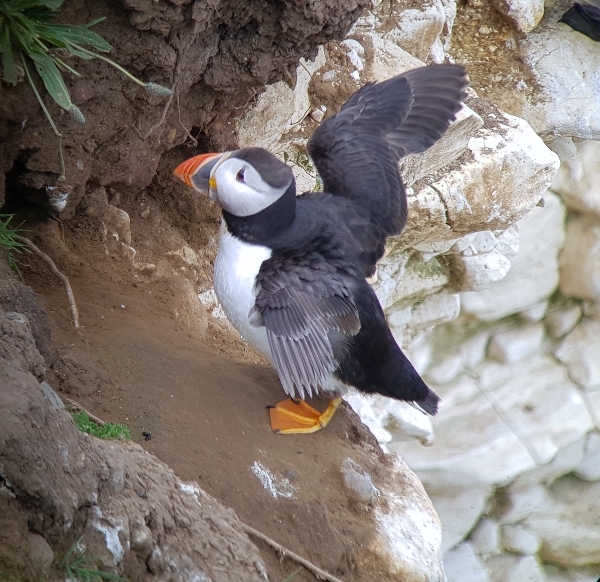 Puffin pictures are always a favourite 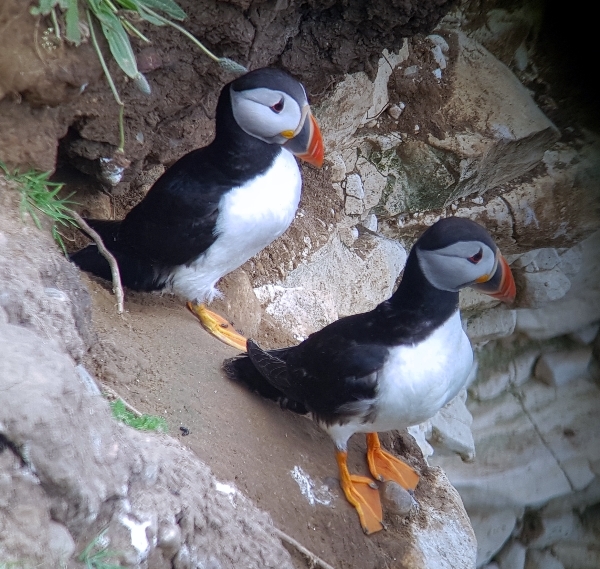 We were back at the hotel at 5:30pm in good time to get ready for 6:30pm dinner, I must say that the food at the hotel is superb, a nice cool beer went down a treat too!