Back in Spain, it was great to get out on my old patch again. I met Jane on the edge of our village, Gaucin, at 7am. It was a little chilly, with a few clouds and a little windy.

We drove up towards Ronda and parked on the roadside at the Encinas Borrachas Track about 10km before Ronda. The cloud cover remained but we could see clear sky approaching us, we hoped it hurried up because it was about 12C (with the wind chill factor). 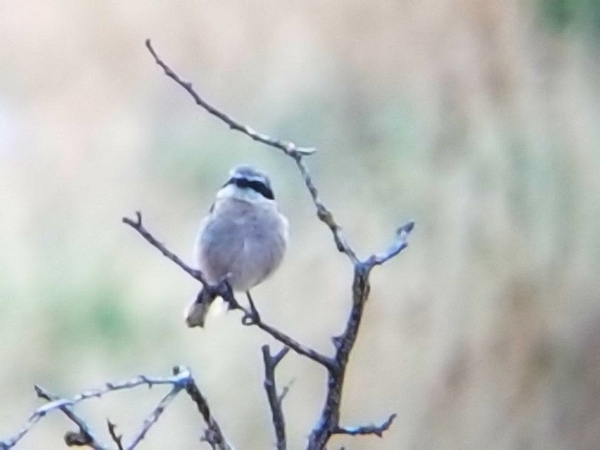 Our first sightings were of….yes you guessed it…….Corn Buntings, how nice to see them. A flock of Linnets joined the Buntings as they came to drink from a pool of water. We then had nice views of Iberian Grey Shrike followed by distant views of Black-eared Wheatear.

The sun tried to break through but it struggled and bird sightings over the next half an hour were of very distant birds such as Rock Sparrow, Rock Bunting and Common Kestrel. A pair of Crested Larks fed along the track and a couple of Common Stonechats appeared on the heath but we failed to find Spectacled Warbler at this stage. 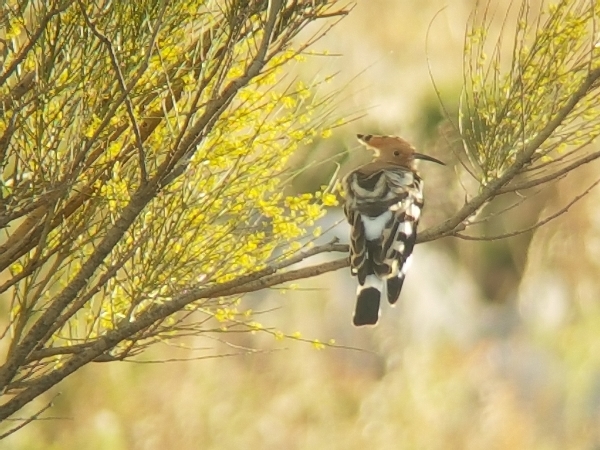 The track led us through an oak woodland where we found Eurasian Hoopoe, Subalpine Warbler, Orphean Warbler and Bonelli’s Warbler. A pair of Woodchat Shrikes were collecting food and disappearing into the wood to feed their young. On the mountainside a group of five Red Deer, all males, watched us closely. 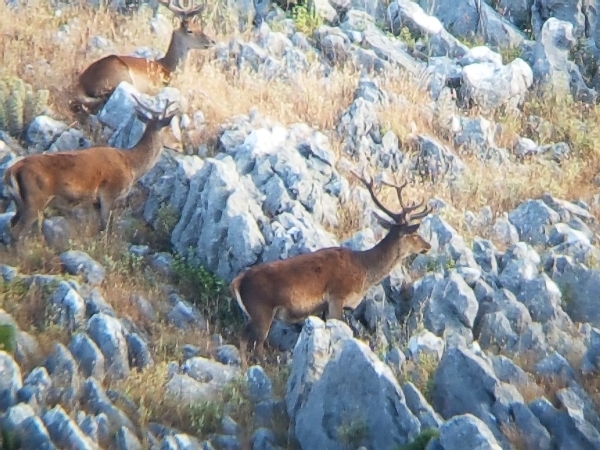 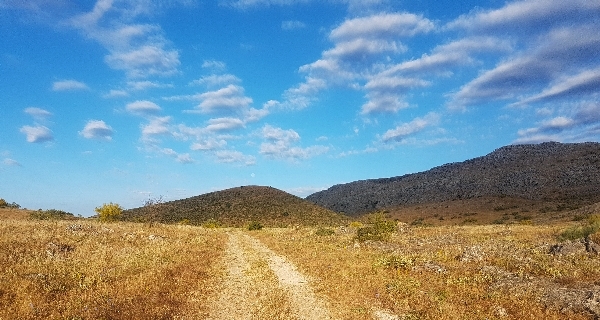 On the way back to the car we found Black Wheatear (a family party) a few Griffon Vultures and all the species we saw on the way out. 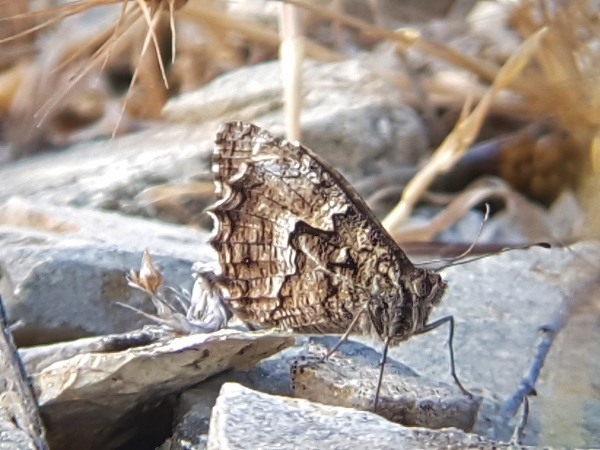 After a coffee stop, where we watched a Short-toed Eagle from the terrace of the café, we drove to the Sierra de las Nieves Natural Park. It was much warmer now and many more butterflies were on the wing. We stopped next to a water trough where many butterflies and bees were coming to drink but no birds came down. 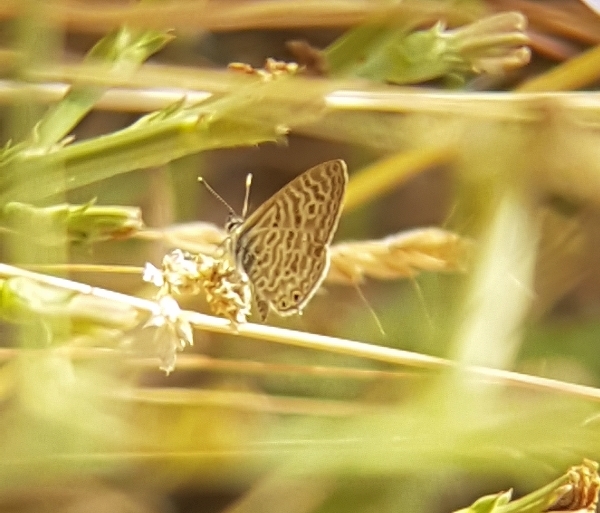 We added Small White, Painted Lady, Common Blue, Grayling, Small Skipper and Ilex Hairstreak. A Booted Eagle circled quite low and an Orphean Warbler showed very well in the bushes nearby. Our next stop was deeper into the park where a small section of heathland lay in an open valley.  We looked again for Dartford and Spectacled Warblers and after a short spell a familar song rang out from the nearby bushes, it was the Spectacled Warbler and boy did it show well, it seemed to have no fear of us and approahed very close, even sitting on the fence next to us! Amazing. 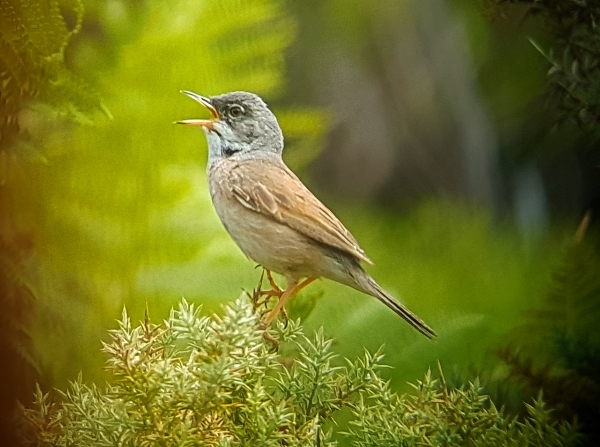 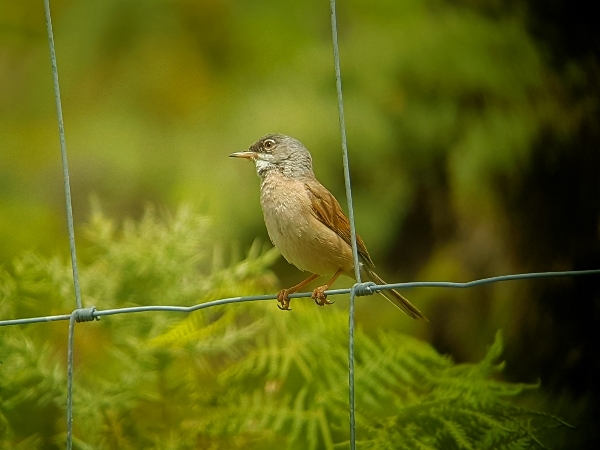 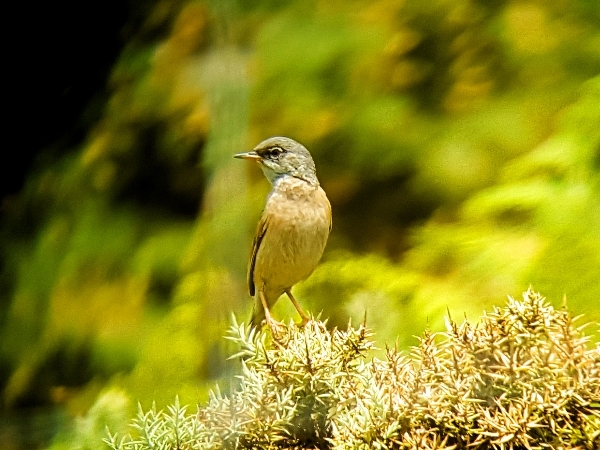 After that excitement we drove a little further to a stream besides a mature fir plantation, we looked for Firecrest and Crested Tit but we found only a single Grey Wagtail, the forest was very quiet.

Other interesting sightings during our visit to this superb Natural Park included: Ocellated Lizard, Thread-winged Lacewing, lots of Libelloides coccajus (owlflys) and a Crab Spider eating a bee. 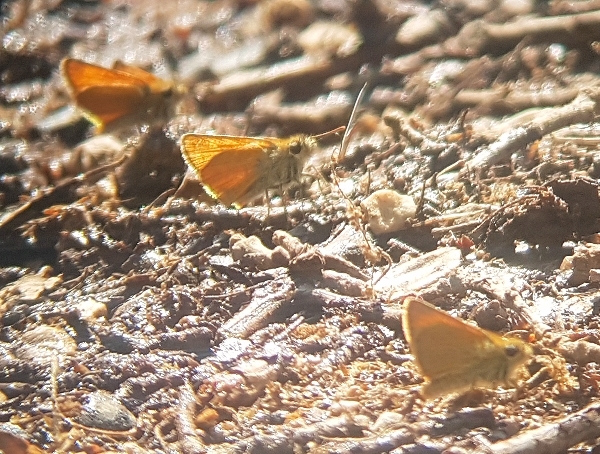 On the way out of the park we stopped to watch a very obliging Bonelli’s Warbler, it sang several times whilst we were there. Apart from a few sightings of Jay, a single Raven and more vultures we never added anything to the list on the way home.