A much better day as far as rain was concerned but it was very cold all day except occasionally when the sun came out............

With a better weather forecast we decided to head off into the mountains looking for a different set of species. Our furst stop was in the forest about 2km east of the village. A leaf-less sweet chestnut wood covered a few hectares then pine and cork oak dominated the steep sided landscape. In the chestnut trees we found Eurasian Nuthatch and Great-spotted Woodpecker which was drumming. Generally the woods were quiet and bird sightings were few for the first 30 minutes, then as the sun broke through the clouds things picked up. A Short-toed Treecreeper showed well then at least 3 Firecrests did the same and as we walked back uphill towards the gate we found an Iberian Chiffchaff. Before we finally left we found a pair of Crested Tits they were also extremely obliging. Other species seen during our short visit included Miatle Theush, Blue Tit, Great Tit, Jay and Griffon Vulture. 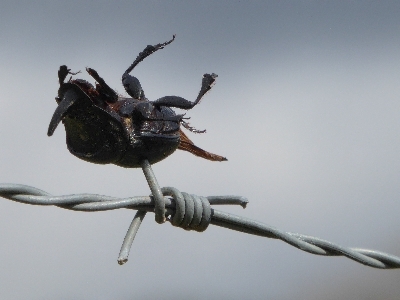 Our next stop was at the river Guadiaro near Cortes, the river was very high so no banks of shingle or rocks were in view. We parked by a foot-bridge and walked along the lane that runs parallel to the river. The sun shone brightly and it warmed up a little, many birds were singing, Chaffinches,mBlackcaps, Greenfinches, Cirl Bunting, Cetti's Warbler and Blackbird. We had great views of Stonechat, Crag Martin, Barn Swallow, Rock Sparrow and Grey Heron. 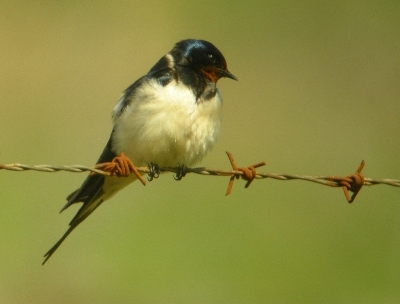 One notable sighting was of a Bonelli' Eagle, a 2cy bird, it circled with Short-toed Eagle and Griffon Vulutre, we also saw a large 'kettle' of Black Kites, we counted 83 birds an impressive sight. 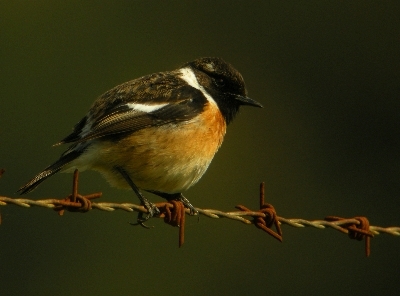 At Llanos De Libar Griffon Vultures dominated our sightings they were wver oresent and in good numbers. Our walk lasted a couple of hours and we amassed a creditable list, we saw all of our target species. Black Wheatear, Blue Rock Thrush, Rock Bunting, Black Redstart, Red-billed Chough and many common birds. 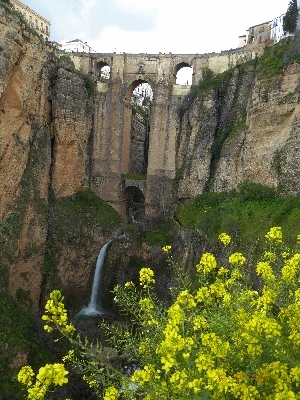 We then drove into Benaojan and down to the river, our target was Dipper but the water was far too high and water much too turbulent for a Dipper. We abandoned the search and drove into central Ronda where we became tourists for an hour or so. We walked around the famous bridge taking pictures etc. A few sightings included Lesser Kestrel, Red-billed Cough and Crag Martin. 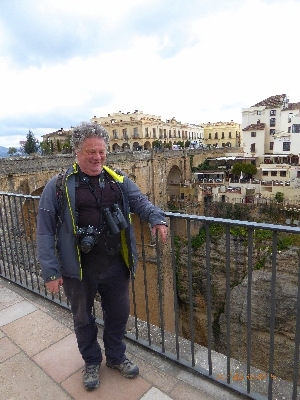 JIMMY AT THE BRIDGE IN RONDA 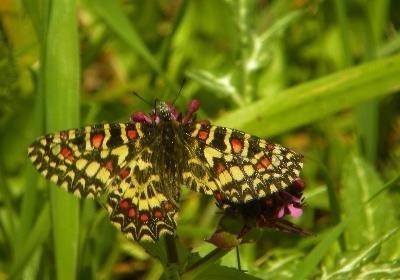 Lastly we stopped at the Encinas Borrachas track on our way home, the sun had disappeared and it was very cold again so we made the visit very brief. Southern Grey Shrike was quickly found but it took a while to find Thekla Lark, when we did we found 3 of them. Also seen was Red-legged Partridge, Rock Bunting and Black Wheatear. We finished our journey back to Gaucin arriving at 5:30pm.