Jimmy's flight was not until late in the day so we had a morning left in which to go birding. The weather was beautiful as usual as we set off down the hill to the Rio Genal. We had heard from Penny and Paul our local birding friends that Common Nightingales had arrived back on their breeding grounds so we went to look for them............

We arrived at the river and as soon as we got out of the car we could hear a Nightingale singing, it took all of two minutes to see our first one. Cetti' Warbler, Blackcap, Greenfinch and Serin were also singing.

It took a while to walk the track because we made frequent stops to watch several species, a Night Heron flew from a tree besides the river, this was the first one I had seen at this site, both Great Cormorant and Grey Heron flew over. Three Hawfinches flew into the usual post-roost tree, four flew out! Whilst we were there a few Black Kites went over.

As we searched for better views of Hawfinch we heard a distant woodpecker-type call but failed to locate one, Jimmy had seen Great-spotted Woodpecker just a few munutes before.

On the way back down the track the 'woodpecker' call was louder and then Jimmy found its' source, a WRYNECK, sunging with a higher pitch than usual, it  sat in the top of an oak tree calling like mad. Fantastic, my first Wryneck of the year and my first for the Rio Genal. We watched it for about 10 munutes and got some distant record shots of it. 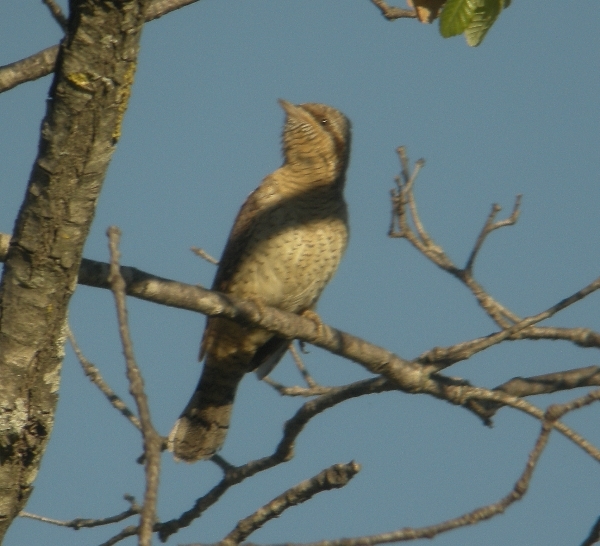 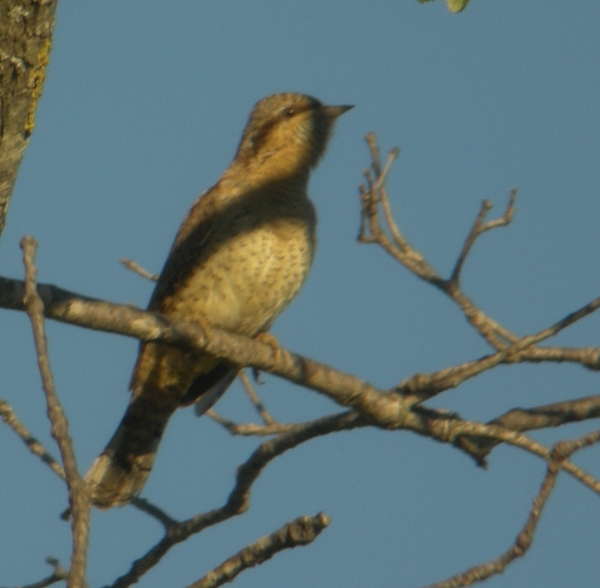 After the excitement of the Wryneck find we walked back to the car and Jimmy tried to get a picture of the Nightingale without success. We watched a few more raptors fly over and a Grey Heron settled in a field before we set off to the Casares-Secadero track further along the valley.

We must have heard 20+ Common Nightingales in the valley, it is amazing that two days ago none were singing!  A Tawny Pipit was a first for the year but we failed to find any Bee-eaters. A Little Owl was discovered at a new nest site and many more Black Kites and Booted Eagles flew north up the valley.

At 12 noon we finished our birding, Jimmy wanted to spend the afternoon discovering the city centre of Malaga, I said goodbye to him at Malaga train station.

I guess he doesn't want to know that I saw a flock of Bee-eaters as I approched Gaucin later in the afternoon.