A better day weather-wise, we also saw more species than any previous day on this tour, the highlight must have been the sight of several thousand Greater Flamingos at Laguna Fuente de Piedra........

First thing it was cold, misty, dull and wet but as soon as we drove passed Ronda the mist lifted and it got brighter and much dryer. We were due to bird along the road to Ronda but the weather prevented that, we did see a single Rock Sparrow on a road-side wall and not much else. 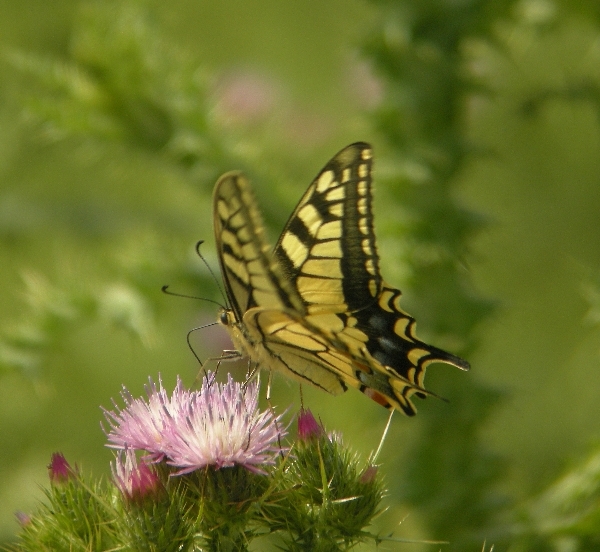 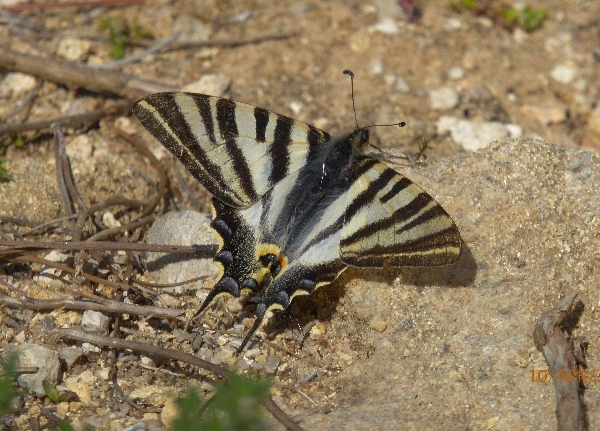 We stopped between Ronda and Campillos to search for Bonelli’s Eagle at a known nest site, two adult birds performed well for us, they drifted high above a cliff face before diving down to perches neaf the nest.

Laguna Dulce was covered in birds as usual, we counted 115 Red-crested Pochard, this is the biggest count I have ever seen in Spain, smashing! Eurasian Coot numbers we high too, about 500 could be seen, many were very distant and we could not make out if there was a Red-knobbed variety on with them. All three breeding grebes were present, Great-crested, Little and Black-necked. As well as Common Pochard, Gadwall, Gull-billed Tern, Cetti’s Warbler and svereal common species.

We drove around to the fields behind the laguna and as we did so a LITTLE BUSTARD flew up from the side of the road, unfortunately I could not stop and only those in the front seats saw it. The fields of corn are now well developed so the chan;ces of seeing ground birds was low but we had great views of at least 5 Montagu’s Harriers including 3 superb males fairly close to the bus. Hundreds of Corn Buntings, Yellow Wagtails and small groups of Gull-billed Terns made up the rest of our sightings.

Next we drove round to the Valverde visitor’s centre at Fuente de Piedra, along the way we stopped to look at the thousands of  Greater Flamingos feeding in the water, it was incredible, the light was superb. Thousands were spread out across the whole of the huge lake and in the centre a mass of some 5,000 crowed together on their breeding site.

At the centre itself a number of waders, gulls and terns fed in, or over a number of small ponds, we saw; Ruff, Little Stint, Little-ringed Plover, Black-tailed Godwit, Wood & Common Sandpipers, Avocet, Redshank, Teal, Shoveler, Whiskered a & Gull-billed Terns and a few Greater Flamingos.

A walk to the ‘Laguneta’ pools produced sightings of a large number of Shovelers,  White-headed Duck, Common Pochard and a few common ducks, grebes and morrhens. We heard a Great Reed Warbler singing but it was keeping low in the windy conditions we also had terrific views of an Egyptian Mongoose which hunted very near to the hide we were sitting in.

The group enjoyed a wonderful visit to this magical flamingo wonderland but we had to leave time was moving on! I can’t believe ghat just ten days ago there were barely 200 Flamingos at Fuente de Piedra and now there must be 5-8 thousand!

On the way back we made a quick stop at Teba Gorge where we recorded Alpine Swift, the first of the year for me, also seen was a lagre group of Red-billed Chough and a few Griffon Vultures.

The group forced me to detour to the centre of Ronda so that they could sit in the sunshine and enjoy an afternoon tea/coffee, I had to join them of course. From there we drove to the Encinas Borrachas track and took our last birding excursion which entailed a walk to the heath. It was fairly quiet as would be expected at 5pm but we did see Thekla Lark, Spectacled Warbler, Common Whitethroat and lots of Goldfinches and Linnets.

It was on the return route that we saw Southern Grey Shrike, Little Owl, Red-billed Chough, Bee-eater, Raven and we had distant views of both Blue Rock Thrush and Black Wheatear.

We arrived back at Gaucin at 6:45pm a little late but we enjoyed a superb dinner of ‘Carrillera’  - braised Pigs Cheeks in a wonderful sauce with Dawn’s exquisite roast potatoes.