WEATHER: it was back to dull, grey and very cold today, it brightened later by stayed cold.    Temp 6 – 10C

I was back on the local patch today after three days of travelling out of my local area. I also got up at 6am just as it was getting light, just before I left home I saw a pair of Jays in the garden sycamore trees, they were a garden tick for the year.

The local Collared Doves were calling as I walked round to the entrance to the Valley, I also heard Robin, Dunnock and Blackbird. Once in the valley I spent most of my time concentrating on the birds along the stream and in the ribbon of alder trees that follow the course of the stream. I saw another pair of Jays before I heard a Treecreeper calling, I was soon onto the little creeper before I heard a Green Woodpecker calling in the distance. A pair of Mallards swam upstream and then I saw a pair of Mandarins on the water. If you remember I reported that two pairs of Mandarin bred on the stream and the River Yeo last year, let’s hope we see them breed again this year. 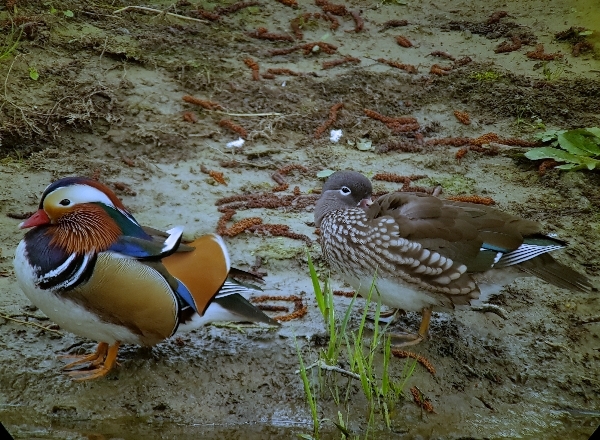 At the confluence of the stream and the River Yeo I looked for more species, I saw a male Blackcap, also a Chiffchaff and a pair of Ravens flew over.

The walk along the river to east side of Rook’s Hill produced very little but when I got there I was sheltered from the cold easterly wind and I found a Marsh Tit straight away, this was a year tick!! The bird was very busy and gave me no chance of getting a photograph. A few went over me during that hour, a Sparrowhawk circled above me, a Cormorant flew down the valley and a Grey Heron headed towards Clifton Woods. 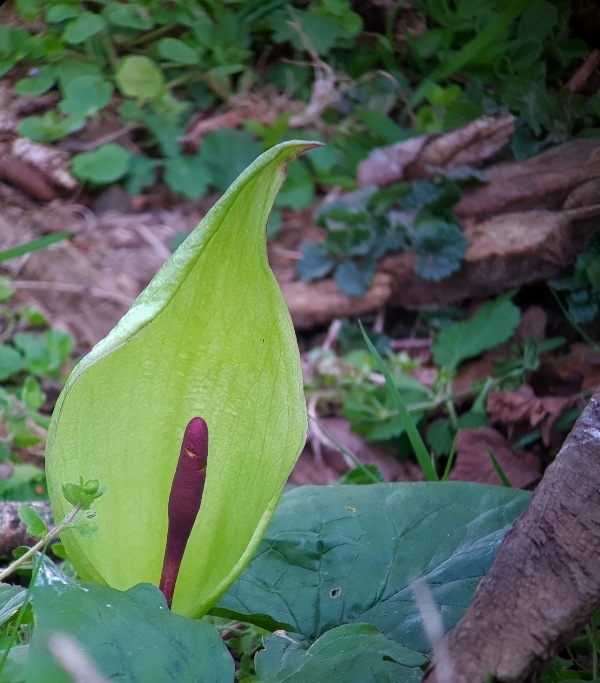 my first 'Lord and Lady Liliy  (Arum maculatum) in flower

As I climbed up and over Rook’s Hill I saw Great Spotted Woodpecker and another three Jays were flying around the oak trees, I scoped across to Clifton Maybank hoping for an Egret sighting but saw none of them.

Before I went home, I walked under railway track and entered the woodland south of the bridge, it was much warmer in there with no wind. I heard Chiffchaff, Blackcap and I saw a Willow Warbler just before a Goldcrest started singing. The only fir tree in the wood was where I found not one, but a pair of Goldcrests, I am sure they will breed in the fir.

I looked for a Kingfisher along the stream without luck and as I emerged from the woodland I spotted an Easter Bunny, so here it is, Happy Easter everyone. 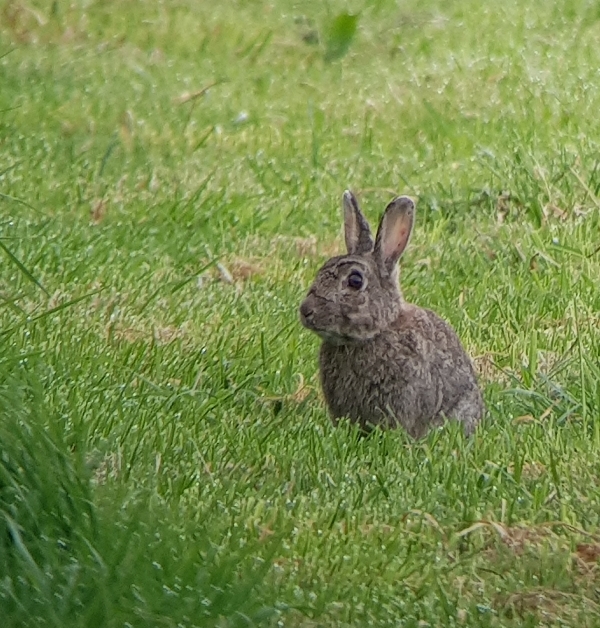 I got home around 9:45am and fifteen minutes later Celia, my sister-in-law, came over and all three of us went for another walk. We went into Yeovil via Barwick House and Lake, then we walked through Ninesprings and back home via Summerhill and track to the east of Barwick House. I saw a few species along the way, Little Grebe, Moorhen, Mallard, Greenfinch, Treecreeper, Long-tailed Tit, more Mandarins and many common woodland species. 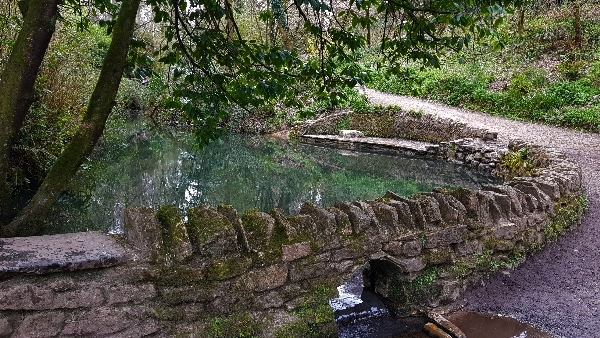 part of the track through Ninesprings

We were back home by 1pm and I never left the flat after that, it was too cold for me!!

It's only three days into April and I have already seen over 85 species in April alone, I must get over 100 this month, let's wait and see.