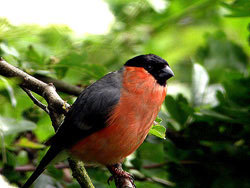 Glastonbury Tor is the most prominent landmark in the Levels rising up 521 feet. In days gone by this was actually an island surrounded by sea and later inaccessible marsh hence it becoming known as the Isle of Avalon. The marshes that lie all around Glastonbury and as far west as the coast are collectively called The Avalon Marshes. Shapwick Heath, Ham Wall, Westhay Moor, Catcott Lows wildlife reserves all fall within The Avalon Marshes. Today these wetlands are renowned for internationally important numbers of waterfowl who come here to feed and roost in winter, scroll down to read about the species you are likely to encounter on our tours. 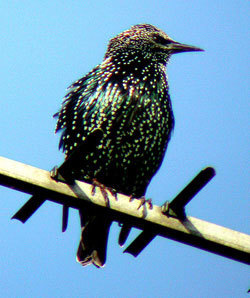 Millions of Starling roost in the reedbeds and form vast flock before they settle down for the night, their extraordinary performance is second to none in the avian world and was made famous by the BBC when filmed with Bill Oddie a few years ago. This a spectacular sight not to be missed. 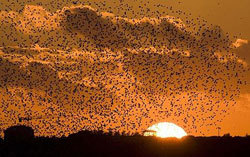 For these tours we are based just outside of Glastonbury and will visit Ham Wall, Shapwick Heath NNR, (Grey Lake RSPB & Meare Heath), Catcott Lows, Cheddar Reservoir, Chew Valley Lake and a couple of coastal sites near Bridgewater including Steart WWT. You will see a great variety of species and may include some uncommon and unusual species such as Great White Egret, Cattle Egret, Glossy Ibis, Great Bittern, Woodcock, Marsh Harrier, Whooper Swan, Merlin, Water Rail, Red-necked Grebe, Great Northern Diver, Jack Snipe, Water Pipit and Goosander. This part of the levels is also very good for finding Otter! We may even get a glimpse of the recently introduced Common Cranes.

These are young Cattle Egrets, a recent addition to the breeding birds of the Levels 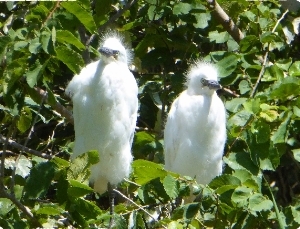 Siskin, Redpoll, Firecrest and sometimes Yellow-browed Warbler may be found in the alder hedgerows and with the possibilty of an invasion of Waxwings there may be some in Somerset by January/February time! Bramblings are often encountered on these tours.

Thrushes abound, thousand of Fieldfare and Redwings, join Mistle Thrush, Song Thrush and Blackbirds and there is a chance of finding our very own rarity amongst them. We may see Owls too, Barn, Little, Tawny and a good possibility of Short-eared Owl.

This ia a guideline itinerary only, weather conditions and bird movements will dictate our plans:

The price of £520 includes: 3 nights half board accommodation sharing a twin/double room, all land transport from lunch time day 1 to lunch time day 4. guiding services, a checklist, evening bird-log and lots of great sightings. A Single supplement of £90 applies.

Not included: Travel insurance, drinks, lunches, telephone calls and any items of a personal nature.